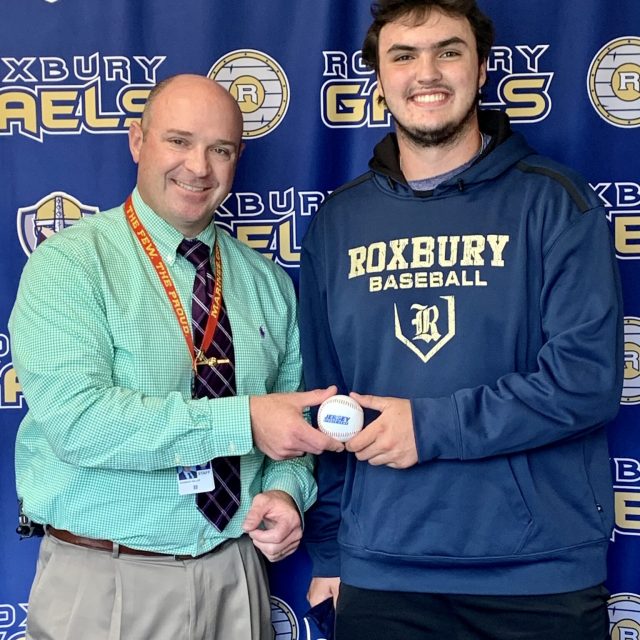 Hailey Errichiello and Jamie Hawley both emerged as standouts on Roxbury’s softball and baseball teams, respectively, this past spring. This duo of Gaels both won JSZ Week 5 North Jersey Spring game balls for top-notch performances. On May 22, Errichiello threw a five inning complete game shutout with 11 strikeouts in an impressive showing against Chatham. Errichiello, who was only a freshman, also shined at the plate and went 2-4 with a home run and four RBI in a 10-0 win. Jamie Hawley won his game ball after a big day at the dish in a 9-1 win over Mount Olive in the Morris County Tournament semifinals. Hawley went 2-2 and delivered hammered a grand slam and a single to help his team advance in the county tournament. Congratulations to both players! Roxbury HS principal Dominick Miller presents Hailey Errichiello with her JSZ Week 5 North Jersey game ball! Roxbury’s Jamie Hawley is presented with his JSZ Week 5 North Jersey game ball by Roxbury HS principal Dominick Miller! 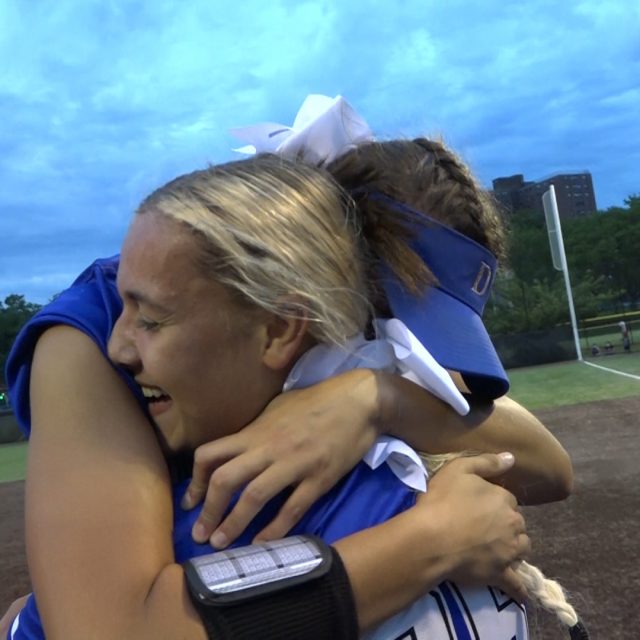 The 2021 softball season was much anticipated after no play last year and teams gave fans much to cheer about as JSZ captured the best walk-offs, strike outs, comebacks and much more from around the diamond in New Jersey. Capping off our summer recap series, here is the Top 10 softball games of the year. No. 10: Verona wins it in 12! A marathon between Mahwah and Verona to reach the NJSIAA Group 2 Softball Final ended after twelve innings when a close play at the plate led the Hillbillies to victory on 6/15. Jay Cook has all the action: No. 9: Sophia Mount K’s 15 to reach Group 4 Final  In her first Varsity season, Livingston freshman Sophia Mount pitched a 15 strike out, two hit gem to advance the Lancers to the Group 4 Final on 6/15. Nery Rodriguez was on the call: No. 8: Cranford reigns supreme in Union County Cranford hoisted its first Union County Championship in nearly two decades following a 12 strike out performance from Morrigan Gardiner on 5/27. JSZ’s Nery Rodriguez recaps the evening: No. 7: Clayton Lady Clippers are finally State Champions Clayton had a memorable 2021, the Lady Clippers went 28-2 for their best season in school history and Meadow Lake’s one hitter, 10 strike outs led Clayton to the Group 1 State Championship, the program’s first on 6/17. JSZ’s Jay Cook has the highlights: No. 6: Morris Catholic parties like it’s 1986 Morris Catholic’s 35 year wait for a State Title ended on 6/18 when the Crusaders defeated Lodi Immaculate 11-1 for the Non-Public B Championship. Jay Cook recaps the evening: No. 5: Robbinsville takes Group 2 Final  No strangers to Championship hardware, it was an unexpected season for an underclassmen heavy Robbinsville team as they entered the Tournament of Champions for the first time since 2018, following their Group 2 Final win on 6/17. JSZ’s Nery Rodriguez has the call:  No. 4: Livingston walks off with Group 4 Title in 8 Livingston fought for their right to celebrate the program’s first ever State Championship with an eight inning 3-2 Group 4 Title win over Hillsborough on 6/19. JSZ’s Rich Chrampanis was there for all the action: No. 3: Donovan Catholic leaves no doubt as NJ’s best team in TOC Final There was not much debate as to who was the best team to end the 2021 season. Donovan Catholic went 29-1 with their best performance coming in the Tournament of Champion Final on 6/20. The Griffins bested Livingston 18-5 with 17 runs coming in the third inning. Rich Chrampanis has the call:  No. 2: Metzger pitches Colts Neck to Group 3 Championship Ava Metzger left no doubt as the Garden State’s premiere pitcher. The Colts Neck senior and Gatorade’s Player of the Year struck out 320 batters in 2021 with eight coming in the Cougar’s 2-0 win over Cranford in the Group 3 State Final for their first ever title on 6/18. JSZ’s Rich Chrampanis was there:  No. 1: Adriana Romano’s 6 RBI’s leads epic comeback for Non-Public A Title  Hope seemed lost for Donovan Catholic as the Griffins were down to their last out, trailing by three in the bottom of the seventh of the Non-Public A Final. Adrian Romano having already hit one home run, belted a second with two base runners on to tie the game as Donovan Catholic would go on to win 8-7 in 10 innings. Romano went 3-4 for six RBI’s and also racked up eight strike outs while allowing just one earned run in relief. JSZ’s Nery Rodriguez has the highlights and postgame reaction from Seton Hall University: 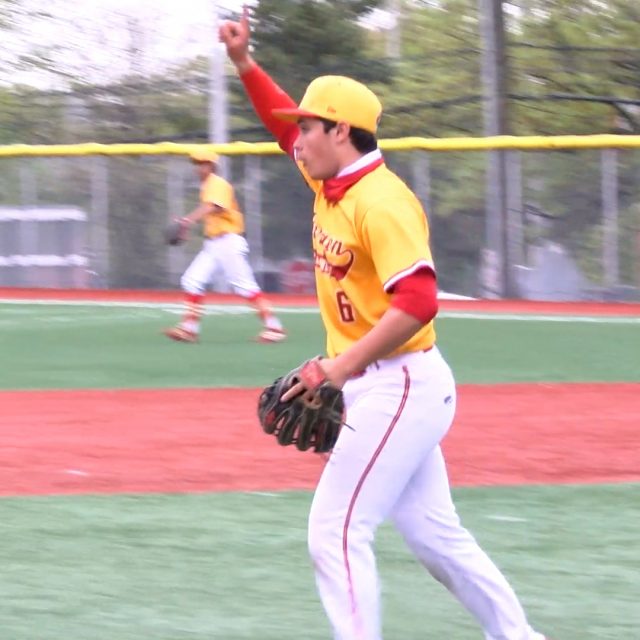 Vote Now for JSZ’s Web Gem of the Year!

There’s not much that’s more rewarding than making a stellar play in the field to save a run, end an inning or wowing the crowd. JSZ’s cameras were all around the state this spring and we captured some top-shelf web gems during the 2021 baseball and softball seasons. Take a look at the highlight reel, then cast as many votes as you’d like for the Web Gem of the Year! Voting will stay open until Monday at 3:00 p.m. Voting for the Web Gem of the Year closes out our postseason polls for plays of the year. We also highlighted the top boys lacrosse goal, top girls lacrosse goal and the clutch play of the season. Thanks to everyone who voted and followed along with Jersey Sports Zone for the entire 2021 season. 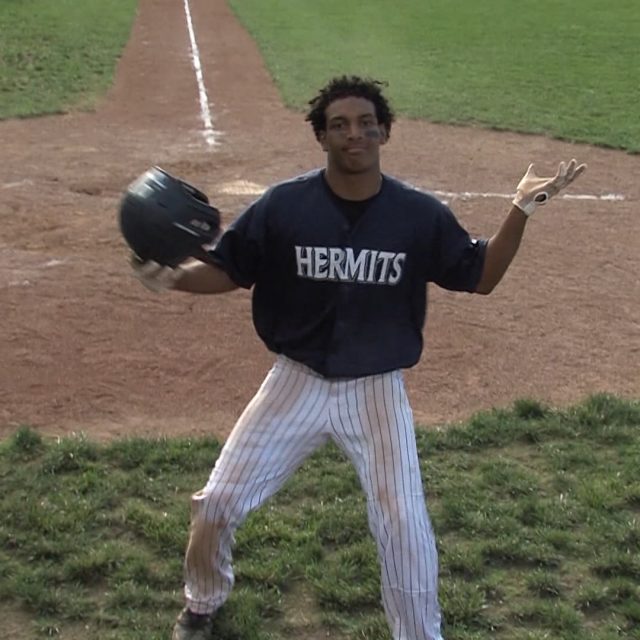 Vote Now for JSZ’s Clutch Play of the Year

Athletes from all over the Garden State came up clutch during the spring season. We’ve taken the best clutch moments captured by our JSZ cameras, from a variety of spring sports, and we want you to vote on the best one! Take a look at the highlight reel, and then cast your votes as often as you’d like until Sunday at 3:00 pm! Continue to cast your votes for boys and girls lacrosse goals of the year until those polls close as well. On Saturday, we’ll roll out our top Web Gems of the spring! 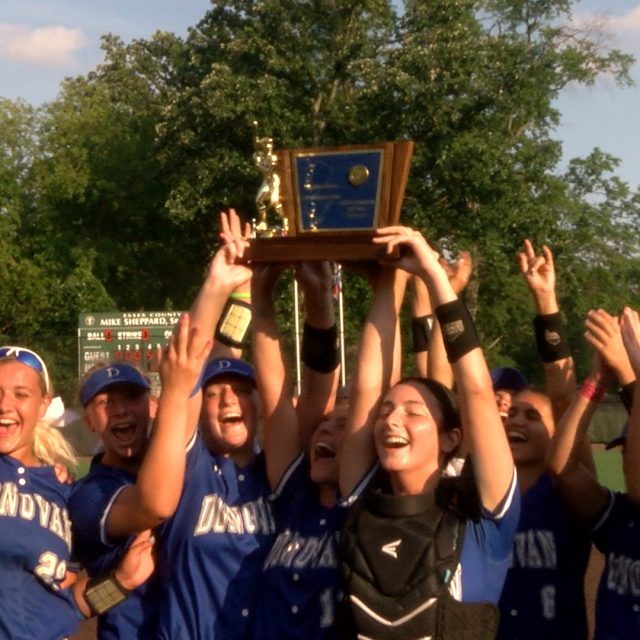 The top seed left no doubt who was the top softball team in New Jersey. JSZ brings you highlights and post-game reaction from Ivy Hill Park on the campus of Seton Hall University in the OceanFirst Bank Game of the Week Donovan Catholic 18 Livingston 5 | T of C Final The Griffins put together a devastating 17 run third inning on the way to its second straight Tournament of Champions title. 6th seed Livingston upset Colts Neck on Saturday and #2 seed Morris Catholic to reach the championship game while Donovan Catholic edged Clayton in a Sunday morning semifinal. Juliana Apostolakos got the win on the mound and went 3-4 with 2 runs and 3 RBI’s to lead the Griffins potent bats. Adriana Romano, Charlotte Dwyer, Alexis Letizia and Taryn Zylka all had two RBI’s for the 29-1 Griffins. JSZ’s Rich Chrampanis has the highligths and post-game reaction from the final softball game of the 2021 season: Jersey Sports Zone is excited to partner with Ocean First Bank to bring you a Game of the Week in both boys and girls sports all year long. Each week, we’ll pick a boys and girls game in different sports involving teams located near Ocean First Bank locations and provide highlights and post-game reaction to showcase great action from around the state. Thanks to Ocean First Bank for shining the spotlight on great high school athletes from their hometowns! 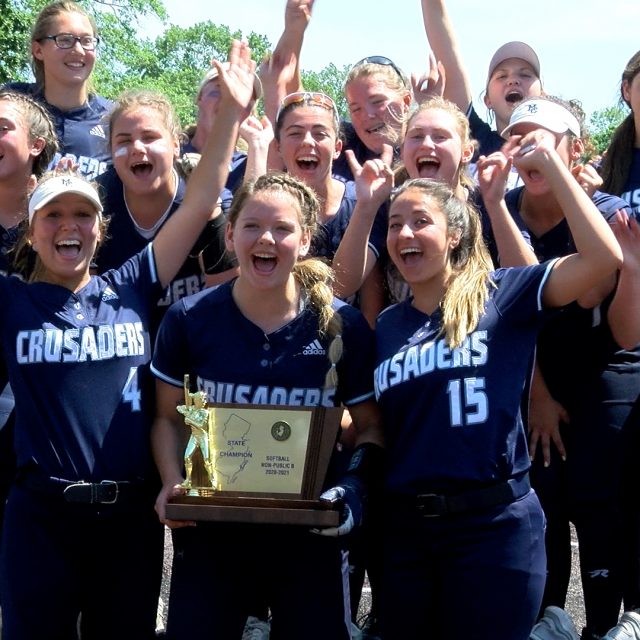 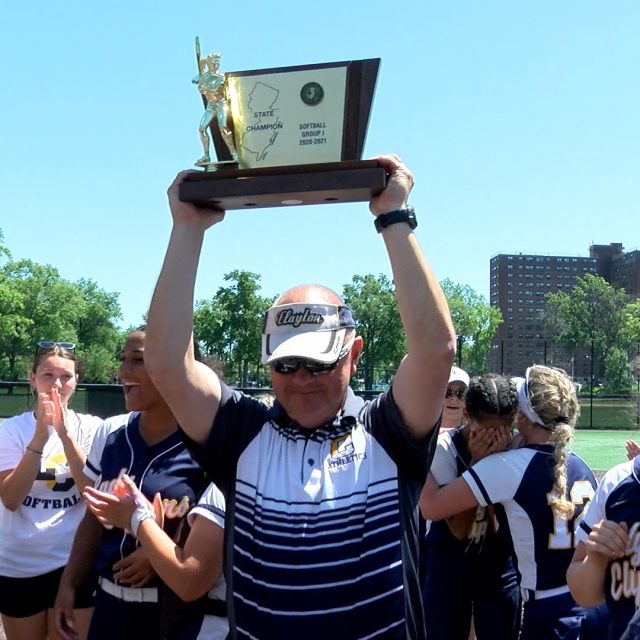 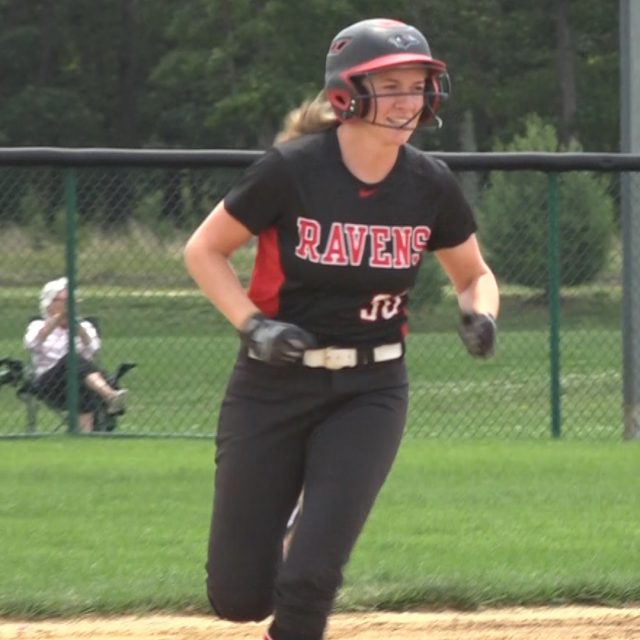 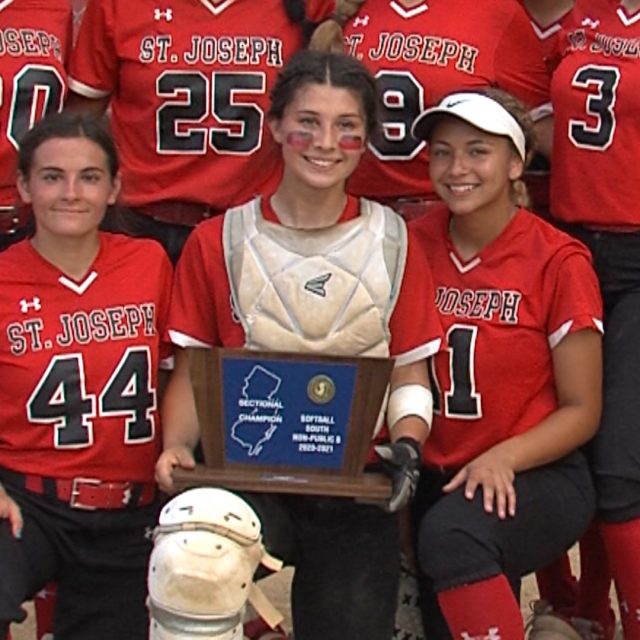 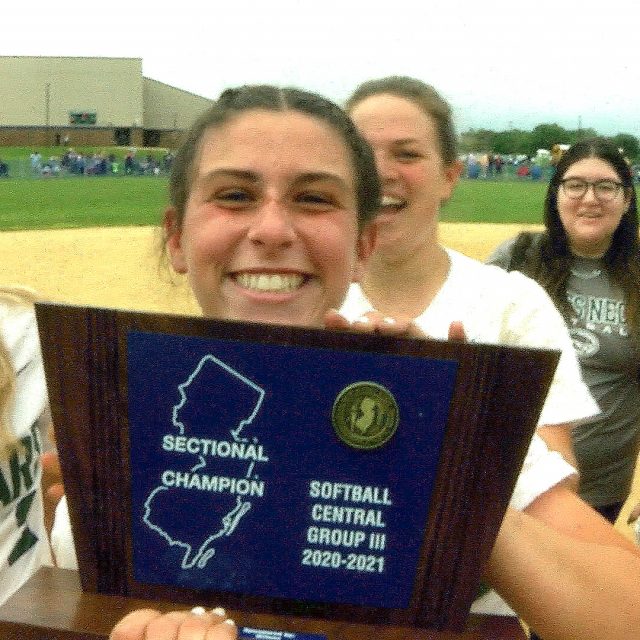 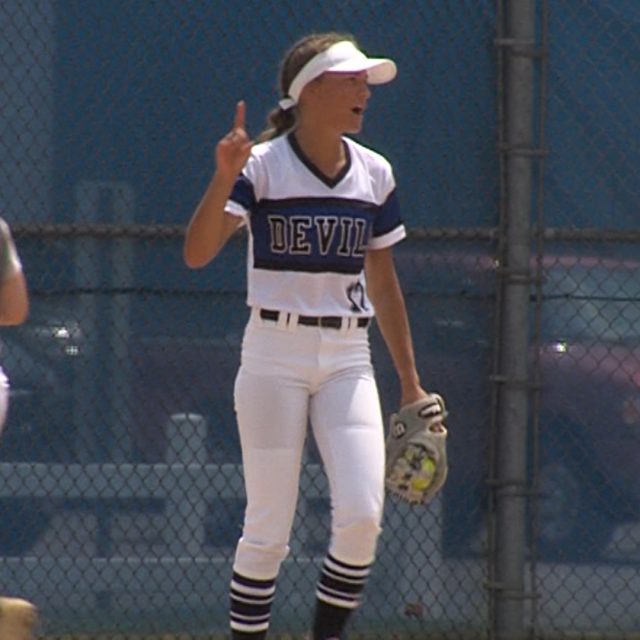 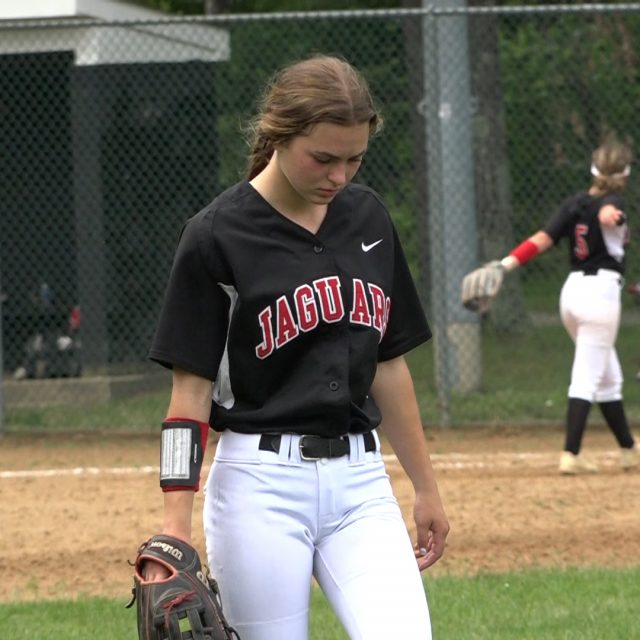 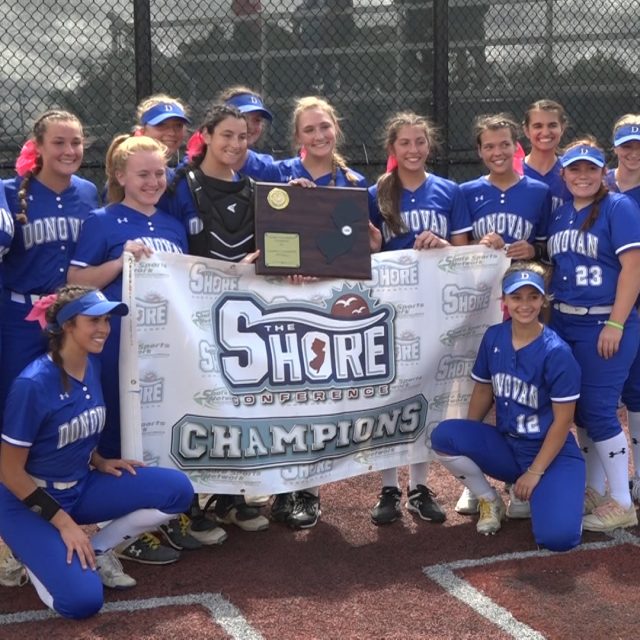 JSZ’s OceanFirst Bank Softball Game of the Week features extended highlights and post-game reaction to Donovan Catholic’s 3-2 win over Colts Neck in the Shore Conference Tournament finals in Red Bank. Donovan Catholic 3 Colts Neck 2 | Shore Conference Tournament Championship The Griffins battled back from an early 2-0 deficit to hand the Cougars its first loss of the season and capture its second SCT title in program history. Senior Adriana Romano came through in the clutch for Donovan Catholic (21-1) in the sixth inning with a two-out, solo home run to give the Griffins the lead. Juniors Ashley Federico and Alyssa Apruzzi each hit solo home runs in the victory. Sophomore Julia Apostolakos was fantastic on the mound for the Griffins, scattering five hits over seven innings in the win. Senior Ava Metzger pitched a great game despite taking the loss for Colts Neck (19-1), striking out eleven over six innings. JSZ’s James Mooney has the highlights and reaction from Red Bank: Jersey Sports Zone is excited to partner with Ocean First Bank to bring you a Game of the Week in both boys and girls sports all year long. Each week, we’ll pick a boys and girls game in different sports involving teams located near Ocean First Bank locations and provide highlights and post-game reaction to showcase great action from around the state. Thanks to Ocean First Bank for shining the spotlight on great high school athletes from their hometowns! 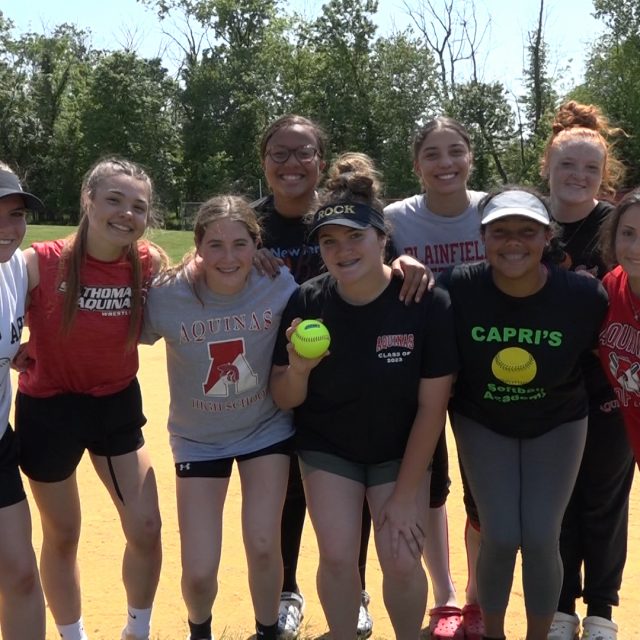 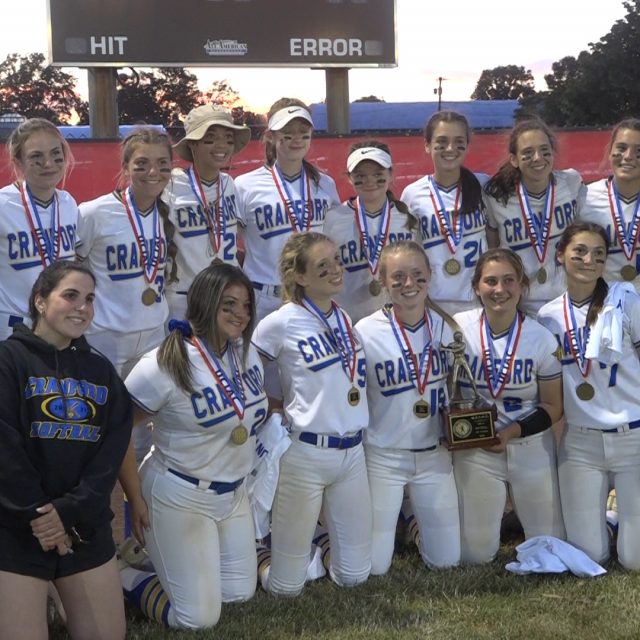 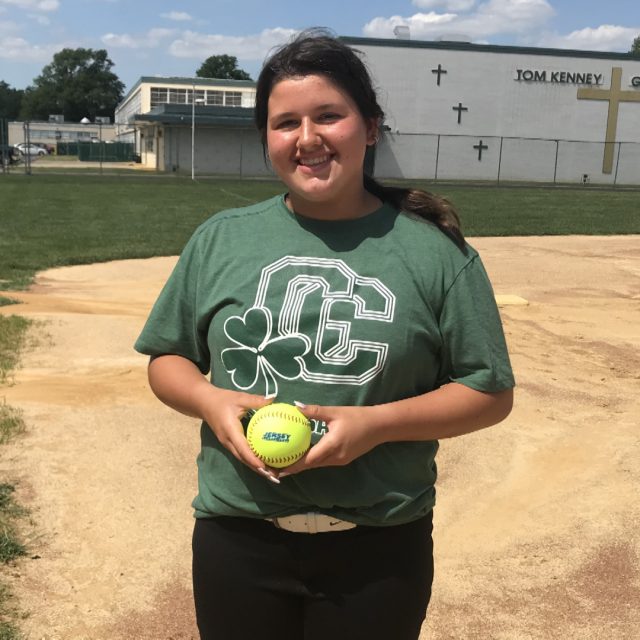 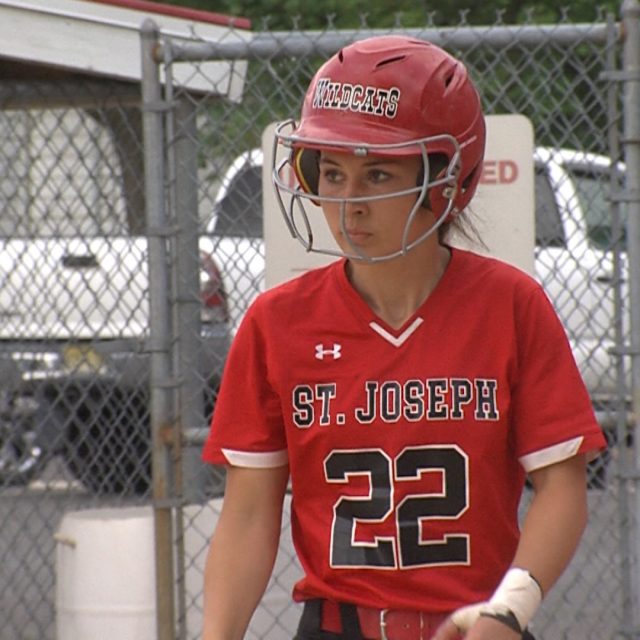 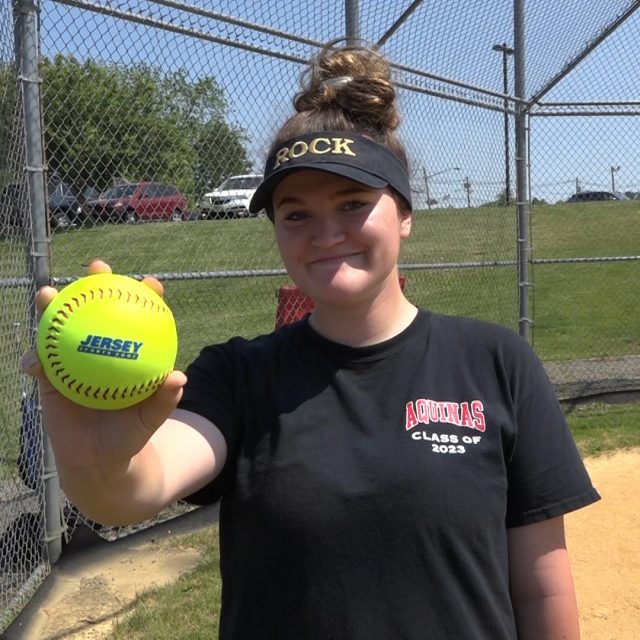 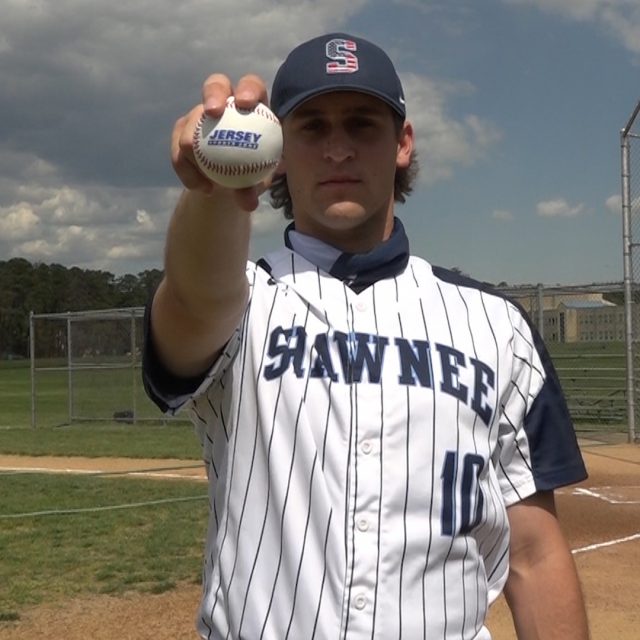 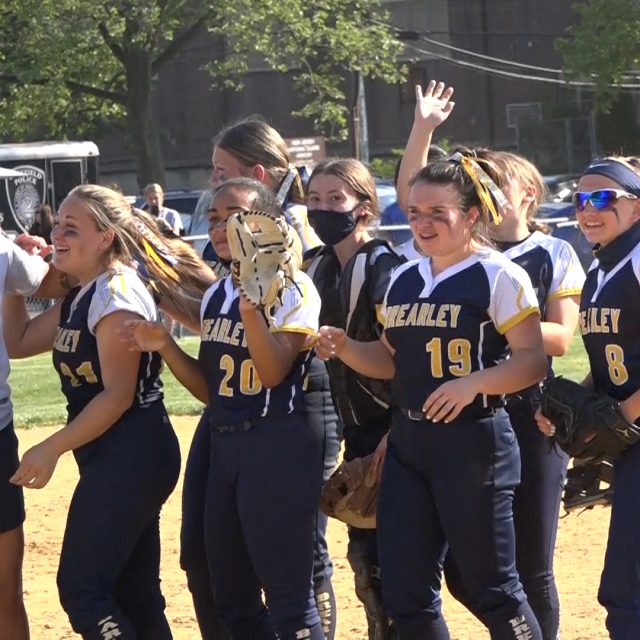 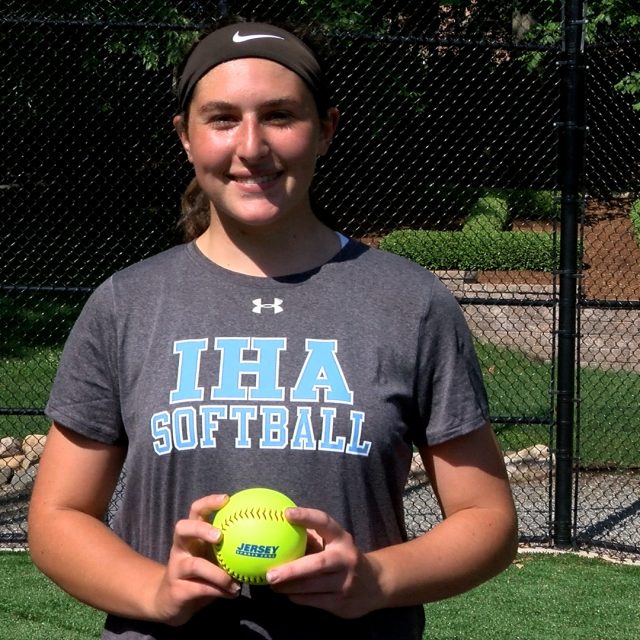 Immaculate Heart Academy has gone through the ringer on New Jersey’s high school softball circuit and came out with a marquis win last week against Donovan Catholic. Natalia LoCurto stuffed the stat sheet that afternoon, going 3-4 and collecting a pair of RBI’s in a 4-2 win over the Griffins. LoCurto was nominated for – and won – JSZ’s Week 4 North Jersey Softball Game Ball for that performance. JSZ’s Jay Cook stopped by practice on Thursday to present LoCurto with her honor: 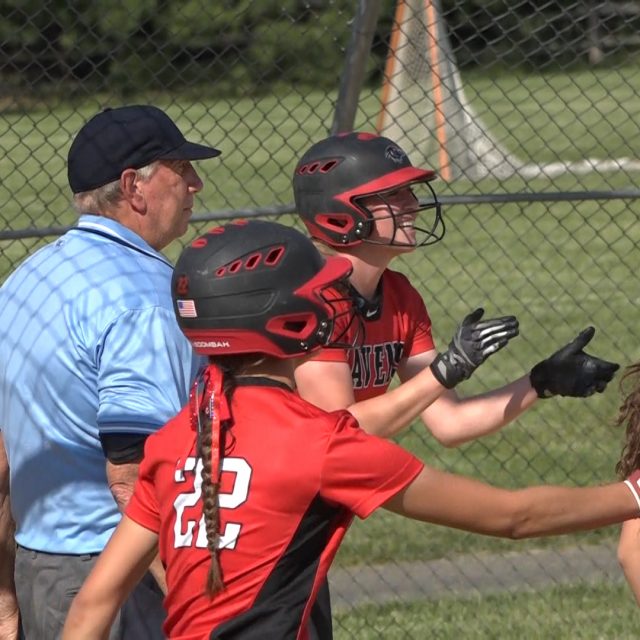 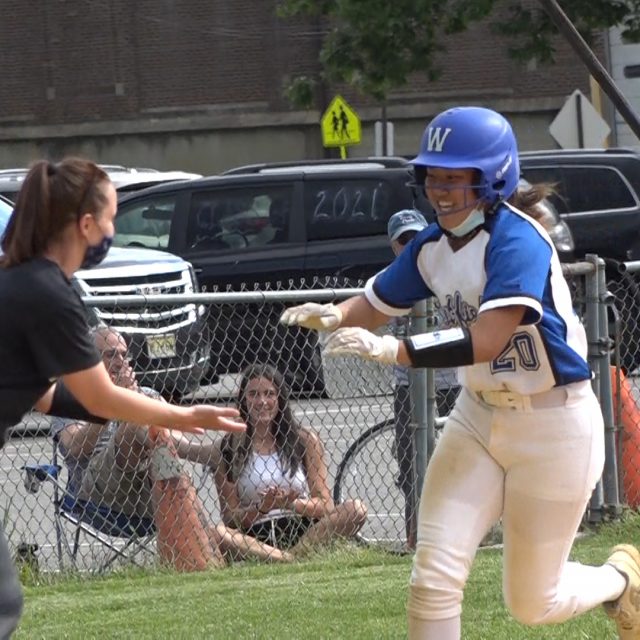 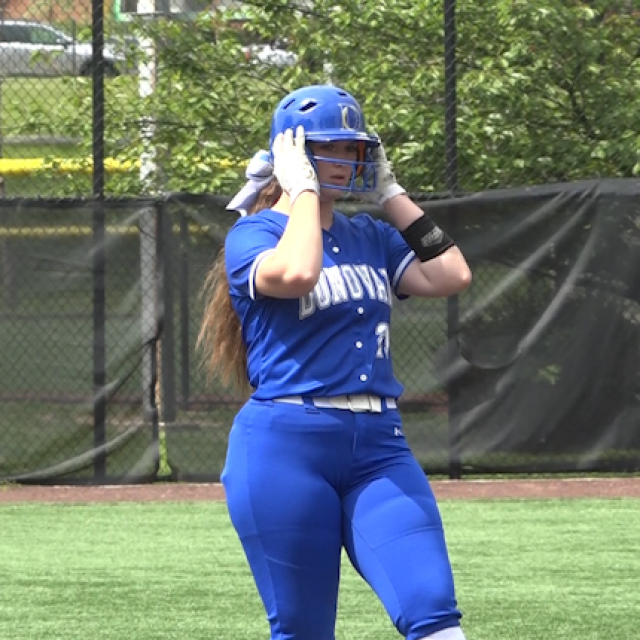