I saw the stories on Steve Antonucci at the Super Bowl with Knowshon Moreno and was glad to see the running back remember his high school coach on the biggest stage.  There’s a great group of sophomores and juniors which means the Eagles should be back near the top of the Shore once again.  James Wilson looks like a college senior already.   He has a number of FCS offers, but I would not be surprised to see him as a FBS recruit.  He has the frame of a big time lineman and after talking with him, he has the attributes that college coaches are looking for.  He’s team first, polite and very well spoken.   I’m excited to see James McCarthy run and when he visits the end zone, Ill make it a point to brag on Wilson and the entire Eagles O-Line. 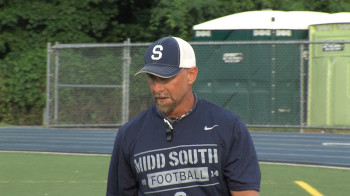 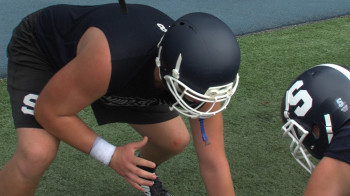 Middletown South by the Numbers 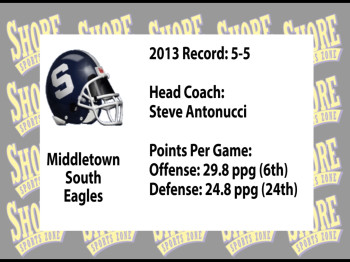