What a great get by Middletown North to get a head football coach with experience on every level including the National Football League.  As a receivers coach with the Miami Dolphins, Steve Bush knows exactly how to get his kids ready for the next level.  Donald Glenn throws a great ball and is only a sophomore.  As he matures both physically and mentally, he’ll be a fun kid to watch over the next three years.  There’s no question that he can be a college quarterback if he continues to put in the hard work.  I loved watching Troy Thompson working out.  He finished first in every sprint and didn’t take a play off.   Coach Bush will no doubt pass this valuable information along to college recruiters and we’ll see Troy putting pen to paper on National Signing Day. 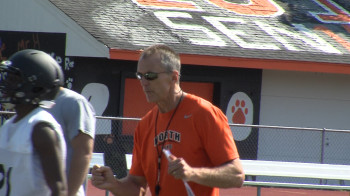 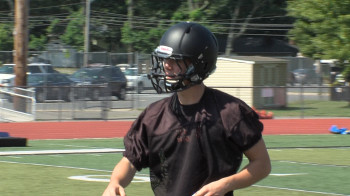 Middletown North by the Numbers 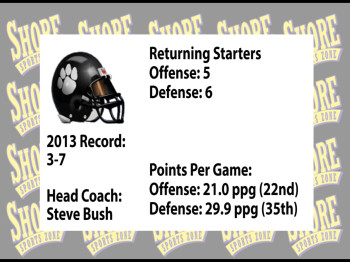