Willie Jacobs team is ready to be road warriors in 2014

Jordan Hardy looks like a Division I prospect.  I think with the right weight program, he’s got the frame to be a tight end, even though he’s lining up at wideout for Central.  Coach Willie Jacobs loves his kids.  Spend five minutes around this squad and you’ll figure it out.  It’s always great to see young men have a bond with a head coach.  You get the sense that Coach Jacobs is the kind of guy who will keep in touch with all of his players through the years.  I love this team’s attitude!  The new field may or may not be ready and for now, it’s nothing but road games.  They take a negative and turn it into a positive saying that they usually play better on the road anyways. 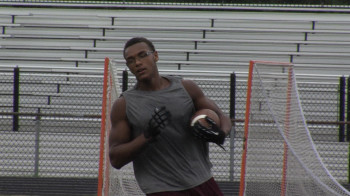 Make sure you visit the Central team page and watch the In the Zone features.    The Golden Eagles did not disappoint.  We saw the coolest game cleats in the Zone Nation (Michael Miserndino’s Captain America boots) and the linebacker who plays in a heavy metal band (Mike Yager). 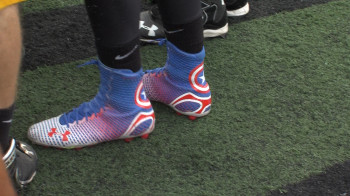 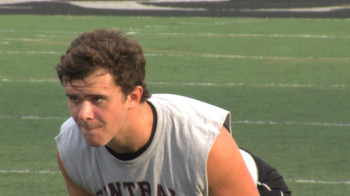 Central by the Numbers 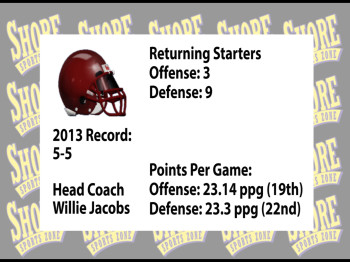