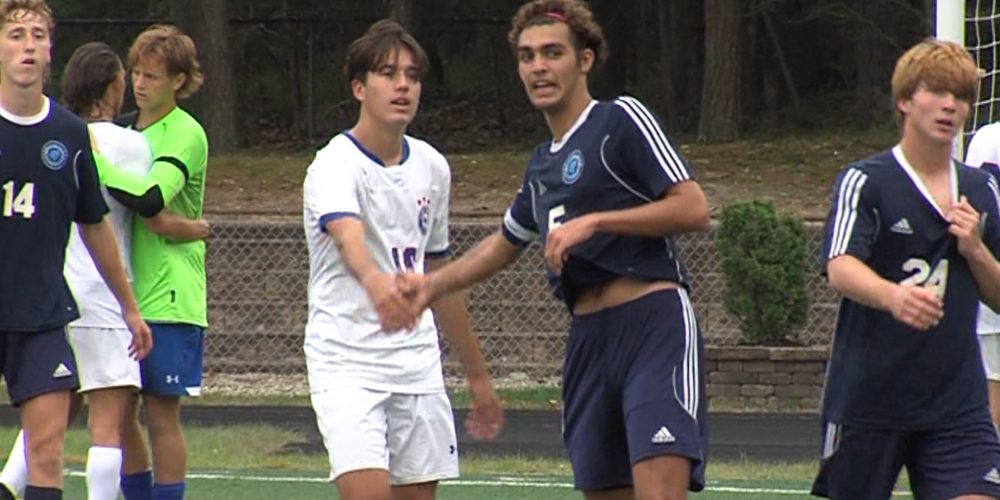 There was plenty of action on the pitch around the Garden State on Wednesday. Enjoy our sponsored highlights!

In a battle between two South Jersey Group 4 title contenders, the Minutemen and the Renegades came away with a draw after 100 minutes of scoreless soccer. Zack Masny made nine saves for Washington Township (1-1-1). Daniel Ferrer made six saves for Shawnee (4-0-1).

JSZ’s Mike Frankel has the highlights from our OceanFirst Bank Game of the Week:

The Boys and Girls Game of the Week is made possible by OceanFirst Bank.

Coverage of both Washington Township and Shawnee is brought to you by Cooper University Health Care.

Billy Caruso scored on a second-half penalty kick for the Mustangs and the Dragons countered with Jayson Nardon’s sixth goal of the season to earn a draw with their crosstown rival. JSZ’s Rich Chrampanis has the battle of Brick highlights from the Drum Point Soccer Complex