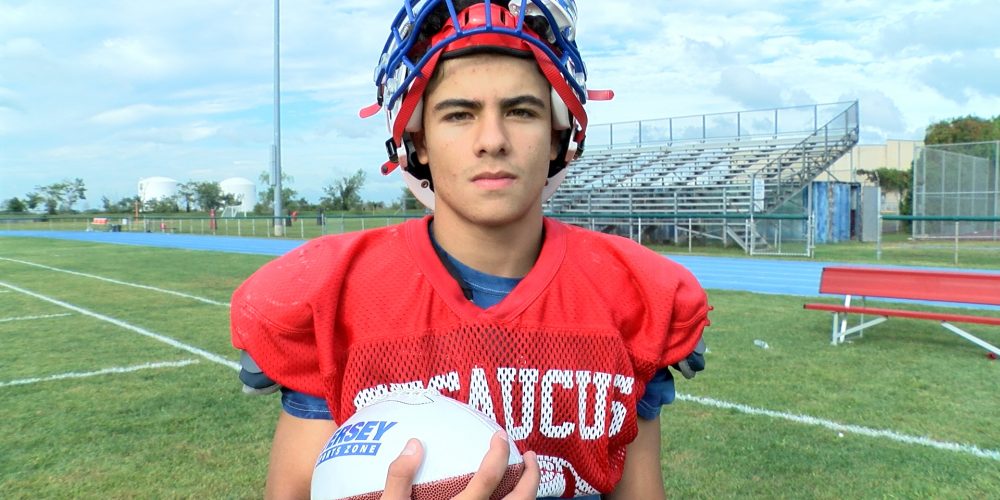 The Secaucus athlete had one of the most impressive stat lines we’ve seen so far this season. Marzouk handled 18 carries for 256 yards and four touchdowns on the ground while also hauling in three passes for 117 yards and another score in the air. To top it all off, Marzouk snagged 11 tackles and brought in an interception on defense. The Patriots ended up winning a 46-42 barnburner against NJIC conference foe North Arlington.

Marzouk was nominated for, and won the fan vote, for our Week 3 North Jersey Game Ball. He brought in 13,144 votes to win the honor.