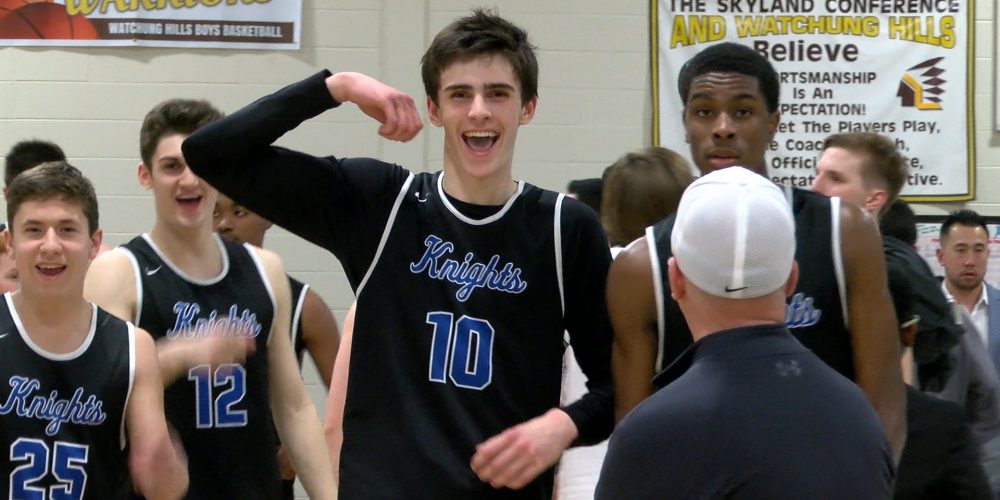 What a wild Tuesday! JSZ has highlights from all over the state with wins coming from Elizabeth, Eastern, Gill St. Bernard’s and St. John Vianney. Stay tuned for all the highlights!

Trailing by 11 points entering the fourth quarter, Elizabeth rallied back to not only send the game to overtime but to come out on top with a win over Linden. The Minutemen didn’t take their first lead until :48 seconds left in regulation. Jayden Pierre finished with 28 points. Elizabeth head coach Phil Colicchio, who coached at Linden from 1997 through 2018, returned for the first time since taking over the reigns of his alma mater. JSZ’s Nery Rodriguez has the highlights:

Freshman sensation Mackenzie Mgabko continued the hot start to his breakout season with 20 points and 10 rebounds over a 19-1 Watchung Hills squad. Will Soucie chipped in with 17 more for GSB in the win. The Warriors’ Michael Bressler led his team with 10 points in the loss.

JSZ’s Jay Cook has the highlights from Warren:

Zubair Lee scored a game-high 30 points, as the Vikings stunned the Chargers on the road in an Olympic Conference clash. Noah Klinewski also had a big night, scoring 22 points in the victory. Eric Benjamin went for a team-high 17 points for Creek in the loss.

JSZ’s Mike Frankel has the highlights from Gloucester Township:

Coverage of both Eastern and Timber Creek is made possible by Cooper University Health Care.

The top-ranked team in the Shore Conference continued its dominance with a blowout win over the Bucs. Maddie St. Rose lead the way for the Lancers with a 20 point, 10 rebound double-double. Katie Hill poured in 18 points, five rebounds andtwo blocks. Chloe Teter had 12 points in the loss for Red Bank Regional.

JSZ’s Kenneth Bradley has the highlights from Holmdel: