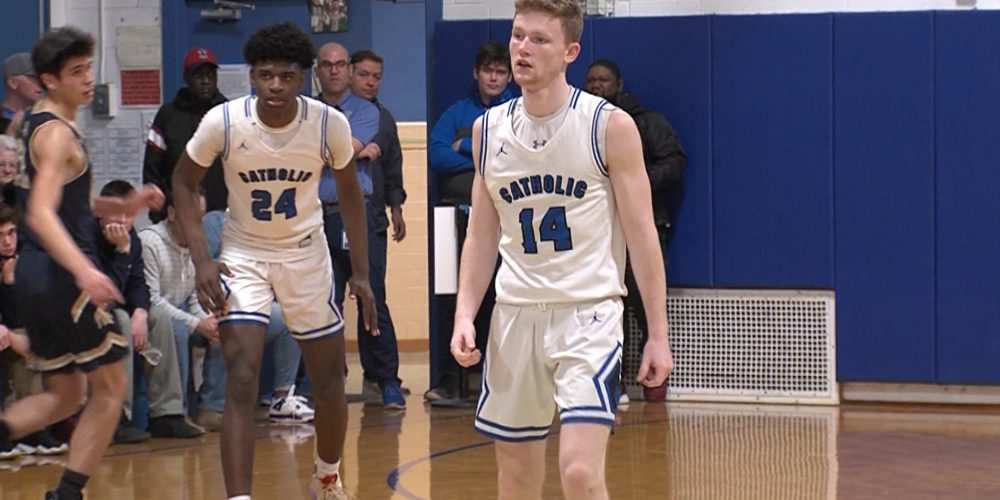 The state playoffs continue on the hardwood, with sectional quarterfinal action. Check back throughout the night to watch all of the highlights!

The Crusaders are on a mission to capture their first sectional title since 2007. They’re now two wins away after cruising to victory against the Spartans. Jacob Hopping led the charge for Catholic with a game-high 22 points. Temple commit Jahlil White added 16 points in the victory. Next up, the Crusaders get set to host Mater Dei in the Non-Public B South semifinals on Saturday night.

JSZ’s Mike Frankel has the highlights from North Wildwood:

The Cinderella run continues for 16-seed EHT as they knock off ninth-seed Williamstown to reach the S.J. Group 4 semifinals. Freshman DJ Germann seized one of the biggest moments of his young career, scoring a game-high 21 points to guide the Eagles to another upset victory. The Eagles will face Cherry Hill East in the semifinals on Saturday.

JSZ’s James Mooney has the highlights and reaction from Williamstown:

The Cougars weathered the early storm from Long Branch and battled back after being down by 10 in the first quarter. Montgomery took the lead on their first possession of the second half and never looked back as they outscored the Green Wave 36-16 in the second half to advance to the semifinals of the state playoffs. Carolyn Prevost lead the attack for the Cougars with 17 points and Kristina Lucht poured in 15. Montgomery will travel to Marlboro for the semis on Saturday.

JSZ’s Kenneth Bradley has the highlights from Montgomery:

Thanks to our sponsors, Rosario Realty (Long Branch) and Princeton Orthopaedic (Montgomery) for making coverage of tonights playoff game possible!