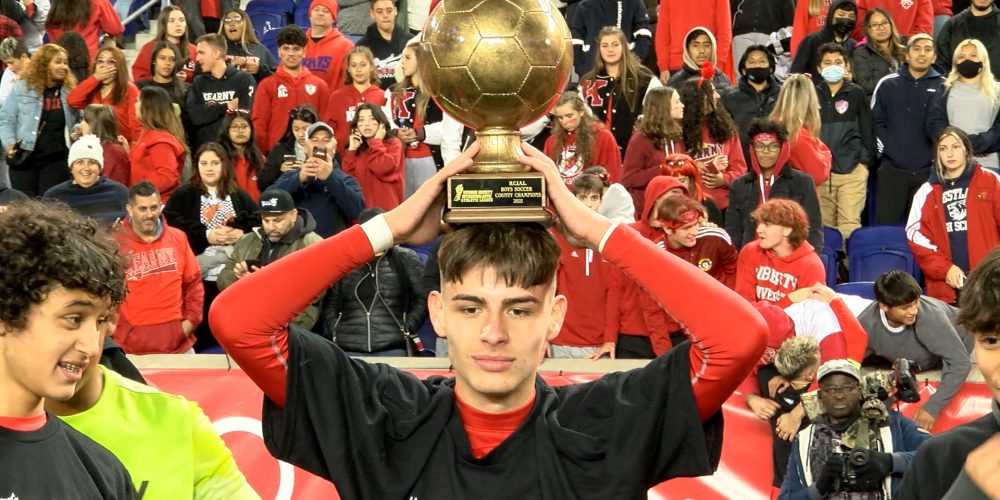 From Hudson County, down to the Shore and over to Mercer County, we have you covered with conference championship games all across the board on Thursday. Follow along for all the highlights coming later tonight!

(1) Pennington (14-1-2) defeated (2) Notre Dame (15-1-2) 0-0 off penalty kicks to capture a sixth consecutive Mercer County Torunament Championship. After 100 minutes were not enough the rematch of the 2019 MCT Final was decided on penalty kicks as Pennington would take PK’s 4-2. Villanova commit Rafa Ponce de Leon finished with 9 saves. JSZ’s Nery Rodriguez has the highlights:

Thank you to Princeton Orthopaedic Associates for sponsoring both our Pennington and Notre Dame coverage.

The Patriots prevailed in a battle between top-five teams in the state to capture the Shore Conference Tournament championship for the first time since 2011. Freshman Gaby Parker set the tone, netting a goal 47 seconds into the contest for the Patriots. Gabby Koluch and Cassidy Corcione each added a goal as Freehold Twp. (17-0-1) remains unbeaten heading into the state playoffs. Senior Faith Wavershak scored the lone goal for Toms River North (16-1-1) in the loss.

JSZ’s James Mooney will had the highlights and reaction from our OceanFirst Bank Game of the Week:

The Girls Game of the Week is made possible by OceanFirst Bank!

If you wanted an instant classic, that’s certainly what you got from the 2021 Hudson County Tournament final. Arch rivals Harrison and Kearny went toe-to-toe, but the Kardinals prevailed in overtime thanks to a golden goal courtesy of Nico Gomez. Kearny goalkeeper Josh Rodriguez was stellar in the win and made seven saves – including a high-pressure PK save late in regulation.

JSZ’s Jay Cook has all the action and reaction from Red Bull Arena in Harrison:

(1) Pennington (14-2-2) defeated (2) Hopewell Valley (16-2-2) 1-0 for a third straight Mercer County Tournament Championship. After a scoreless first half and most of the second, it seemed the match would head to overtime tied at 0-0, however sophomore Morgan Kotch’s goal with 11 minutes remaining in regulation would lead Pennington to victory. JSZ’s Nery Rodriguez has the highlights:

Thank you to Princeton Orthopaedic Associates for sponsoring both our Pennington and Hopewell Valley coverage.

Max Rokshar’s rocket from 34 yards out in the 16th minute was the only goal of the match as Westfield wins the Union County Tournament. JSZ’s Darron Wallace has the highlights from AL Johnson High School in Clark: