We’ve got six games of action in our Thanksgiving edition of SSZ football highlights.  Watch two games that went down to the final seconds as well as Middletown North ending a 16 year losing streak to crosstown rival Middletown South

A special thanks to the team at Shore Sports Zone for spending time away from their families so they could bring you another great highlights show.  Here’s what we have on our Thanksgiving highlights:

In case you missed it, our Thanksgiving football coverage got started on Wednesday night as the Shore Regional Blue Devils scored a 14-7 win over Rumson-Fair Haven in the Devil-Dawg Bowl.

Coming up this weekend – Thanksgiving Game Ball vote and Plays of the Year! 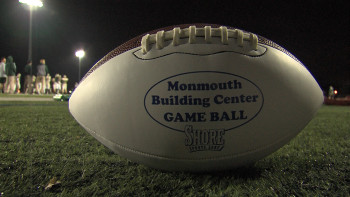 On Friday morning, we’ll have our final regular season Game Ball vote of the year.  We’ll post nominees from all the great playmakers from Thanksgiving football and keep the polls open until Sunday and the winner receives a Monmouth Building Center Game Ball.  On Monday morning, we will present the Top Plays captured by our cameras in 2016.  The voting goes throughout the week and the winners will earn an invite to the 3rd annual Shore Sports Zone football banquet.  Thanks to everyone for voting all year long.