Amadu Sarnor makes a great first impression with the Ranney Panthers – watch the US Army Game of the Week as we have extended highlights and post-game reaction of Ranney’s 79-46 win against Point Pleasant Beach.  We also have the top performers from opening night and more highlights including RBC’s upset of Middletown North and Middletown South topping Long Branch

Amadu Sarnor’s Ranney debut was sensational as the sophomore transfer scored 20 points as Ranney opened the 2016-17 season in dominating fashion.  Sarnor joins four other sophomores in the starting lineup.  Watch the highlights from our US Army Boys Basketball Game of the Week: 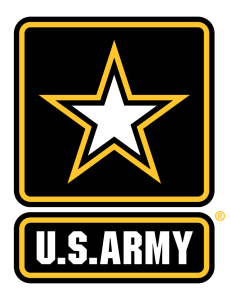 Matt Ansell hit three free throws in crunch time to help the Caseys score an opening night upset over the Lions.  Terrence Callandrio led RBC with 16 points as the Caseys built a 27-15 halftime lead.  The Lions tied the game at 46, but Red Bank Catholic closed the game out with big defensive stops and five free throws to deliver head coach Tyler Schmelz his first win as head coach of his alma mater.  Rob Higgins led all scorers with 22 in a losing cause.

Middletown South used an 11-0 run to start the 4th quarter to score a “B” North win over Long Branch at home.  Ryan Purcell had 21 points and David Gervase added 20 for an Eagles team that won just two games last year, but are off to a 1-0 start.  Watch the highlights from Friday night’s opener:

Shore Sports Zone does not exist without our sponsors.  We choose what games to cover based on our sponsor list.  Tonight’s action was brought to you by I’m Possible Training (Ranney), Beacon Awards (Middletown North), Immediate Care Walk-in of Red Bank (RBC), Angela Alessi and Weichert Realtors (Middletown South) and Rosario Realty (Long Branch).  If you know a local business that can sponsor your hometown team, email rich@shoresportszone.com