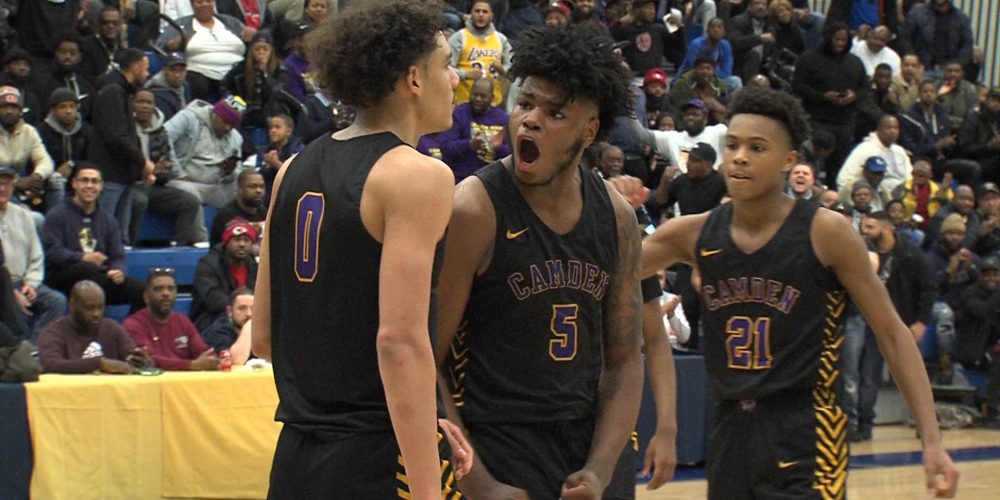 JSZ was court-side all over the state (and even in Pennsylvania) to capture some of the top players and teams from around New Jersey. Stay tuned throughout the night for all of the highlights!

The Panthers raced out to an early lead, only to fall behind to the Lions at halftime. The High then came out on a mission in the second half, and took down Roselle Catholic in front of a packed house at Neumann University in Aston, PA. Kentucky commit Lance Ware led a balanced Camden attack with 17 points. Jerome Brewer, TaQuan Woodley and D.J. Wagner all reached double-digits in the scoring column for the Panthers as well. Xavier commit C.J. Wilcher went for a game-high 21 points for the Lions in the loss.

JSZ’s Mike Frankel has the highlights from the heavyweight South-North showdown:

Bergen Catholic’s reign over Bergen County is still intact going into the late stages of January after the Crusaders dealt Don Bosco its fourth loss in five games. Julian Brown scored a game-high 22 points plus Will Richardson had 20 more in the win, while Don Bosco’s Myles Ruth had a team-best 16 points. Bergen Catholic has won four straight games over Don Bosco dating back to last season.

Jersey Sports Zone’s coverage of all Bergen Catholic sports is brought to you by Rothman Orthopaedics.

After dropping a tough game to Greater Middlesex Conference Red Division leader St. Joe’s Metuchen, South Brunswick picked up back-to-back wins with a 82-52 victory over Old Bridge (2-11). The Vikings were led by Devin Strickland and Justin Carbone who combined for 43 points on the night. Strickland finished with 21 while Carbone had 22. South Brunswick moves into the number two spot in the division. JSZ ’s Nery Rodriguez has the highlights:

The Colts held off a late comeback by the Mustangs to improve to (6-6). Colin Farrell lead the way for CBA with 23 points. Alex Ratner of Marlboro surpassed the 1000-point milestone with his 36 point performance in the loss.

JSZ’s Kenneth Bradley has the highlights from Marlboro: