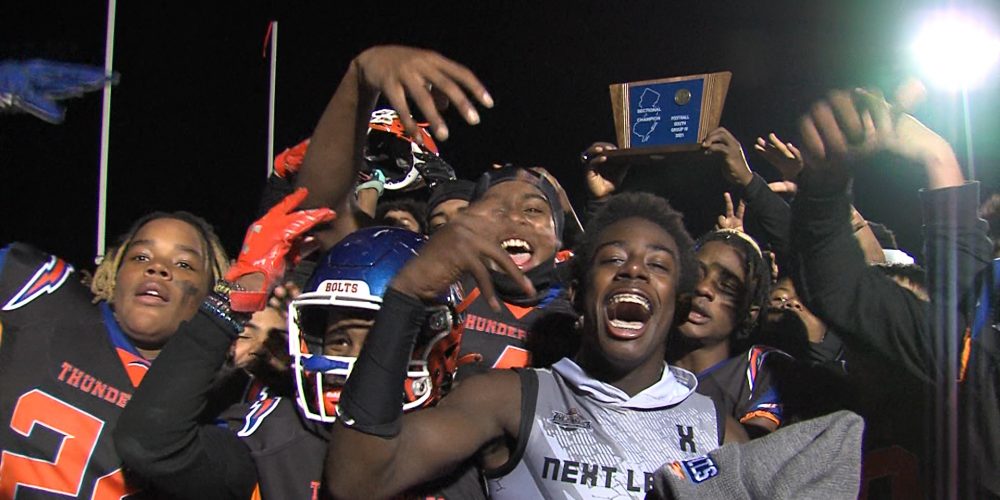 The Thunderbolts dominated on both sides of the ball to capture their first sectional title since 2016, and just their second title since 1975. Syracuse commit LeQuint Allen rushed for 136 yards and two touchdowns, while Nate Robbins threw three TD passes in the victory for Millville (10-1). Solomon Massey-Kent and Keyan German both had sacks to help lead a stingy Bolts defense. Ocean City falls to (11-1).

JSZ’s Mike Frankel has the highlights and reaction from historic Wheaton Field:

The Game of the Week is brought to you by OceanFirst Bank.

Call them old-fashioned but the well-oiled machine of Pt. Boro’s (10-1) triple option has been a nightmare for opponents this season. Though Willingboro (8-4) got out to an early one-score lead after a 38-yard run from Bryson Bright, the Panthers stuck to their game plan and dominated the rest of the game. Junior Tyler Gordon scored three times on the night with two rushing touchdowns and an interception returned for a score, while senior quarterback Charlie Vitale threw for one touchdown and ran for another. Running back Jake Croce surpassed the 1000 yard mark on the ground for the season. Pt. Boro advances to play Haddonfield in the regional final.

JSZ’s Ken Bradley has the highlights from Pt. Pleasant: