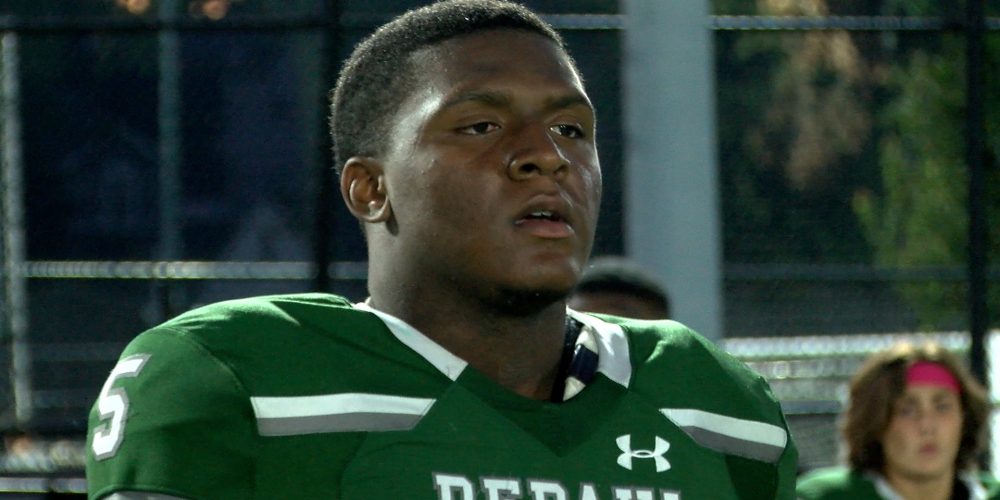 Week Five is officially here and we continue to bring you some of the best games all across the state. Enjoy our OceanFirst Bank Game of the Week, plus other sponsored coverage!

The latest rendition in what has become one of the most competitive North Jersey rivalries brought us another great game Friday. DePaul Catholic (4-1) snapped a two-game losing streak to Delbarton (3-2) thanks to a pair of rushing scores from QB A.J. Rodriguez and another inspired defensive outing from the Spartans.

JSZ’s Jay Cook has all the extended highlights and reaction from the OceanFirst Bank Game of the Week:

Union (4-1) picked up their fourth straight win following a 14-3 victory over Big Central 5A Division rival Westfield (2-2). Rutgers commit Davison Igbinosun got in for a short seven yard touchdown to begin the second quarter, which led to another score shortly after from Tyler Malik-Ismail to help the Farmers lead 14-0. Henry Hipschman would kick a 31 yard field goal for Westfield to end the first half. With the score staying the same throughout, Union controlled possession for most of the fourth quarter before running the clock out.

Khiri Summers had a dominant performance with three TD catches and two interceptions on defense to give the Vikings a second straight win to improve to 3-2. JSZ’s Darron Wallace has the highlights: