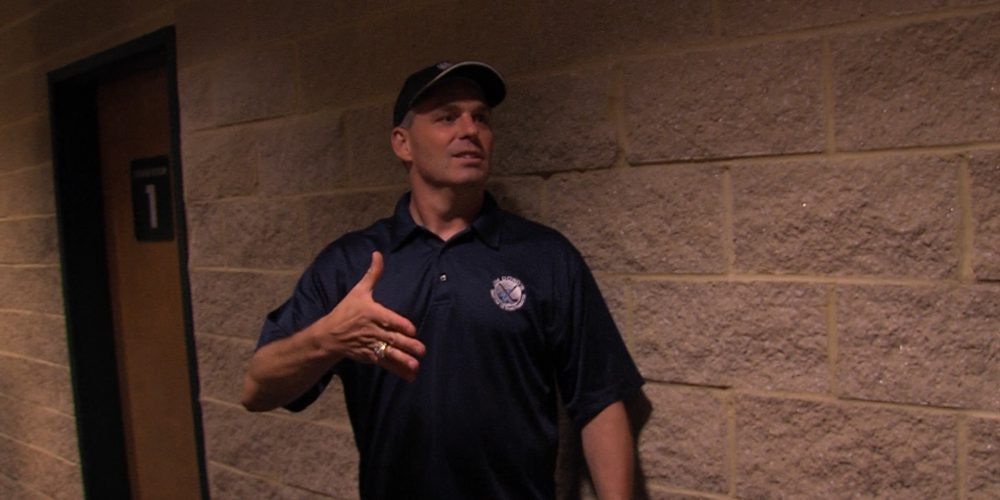 RED BANK – You can call him New Jersey’s Wayne Gretzky.  It’s lofty praise, but one look at Jim Dowd’s resume and it backs up the claim.  He had 189 goals and 186 assists in his four year career at Brick High School.  From there, he went on to win an NCAA national championship at Lake Superior State and a Stanley Cup in 1995 with the New Jersey Devils.  In his 17 year NHL career, he scored 71 goals on ten different teams, highlighted by his game winning goal in Game 2 of the Stanley Cup Finals.    But like Gretzky, his contributions to the game of hockey extend well beyond the ice.  Dowd has never forgotten his roots and continues to be a huge influence on hockey in the Shore Conference. Dowd’s Shoot for the Stars Foundation has been the leader of the annual Monmouth vs. Ocean All-Star game.  The 17th edition saw Monmouth top Ocean 10-6 at the Red Bank Armory on August 3rd.  This year’s proceeds benefitted Hometown Heroes, a Toms River based charity which is currently helping 2500 families that are still effected by Hurricane Sandy. Dowd will continue to be a big part of the Shore Conference hockey scene.  He’s set to take over the new combined effort of Manasquan and Point Pleasant Beach as the varsity hockey coach. Click HERE to see highlights of Monmouth’s 10-6 win over Ocean in the 17th annual Jim Dowd All-Star Game