Antonio Alfano has given a verbal commitment to play Division I football in the SEC for the Alabama Crimson Tide.  Antonio made the announcement at Colonia High School and Jersey Sports Zone’s Alex Lorenzo produced the commitment video that was played as the big reveal:

Q & A with Antonio Alfano

Episode 1: “How it Started”

Coming this Friday: The Decision

Antonio Alfano will make his college choice at 3:00 pm at Colonia High School 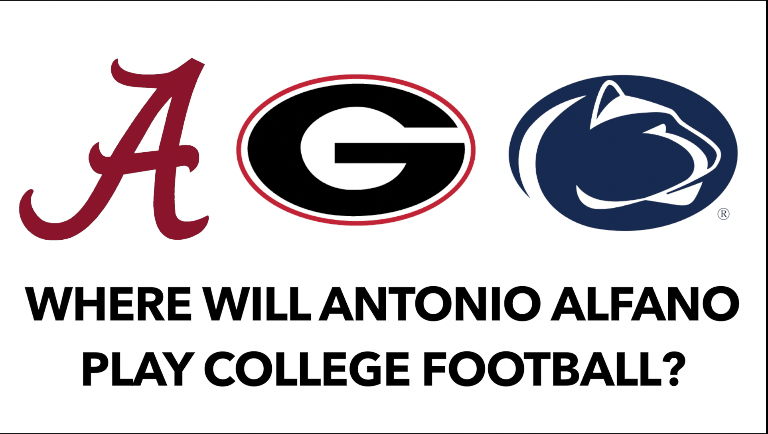