The Jaguars were flat in a scrimmage at Point Pleasant Boro, but responded nicely with a good effort against a very strong Manalapan team.  Kyle Johnson had a huge scrimmage against the Braves and should be a big play threat.  Joe DeMaio doesn’t seem to get a lot of hype, but he could be one of the best quarterbacks in the Shore.  He’s definitely on our All-Zone radar (Shore Sports Zone will honor the top players in the Shore with an All-Zone banquet in December).  Trying to get to 43 teams in year one is a great challenge, but I’ve already circled the Saturday September 27th game against Southern on my schedule.  This should be a fun team to watch in 2014. 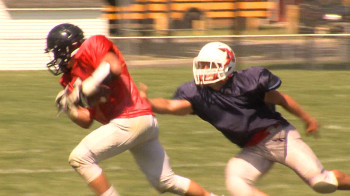 Jackson Memorial by the Numbers 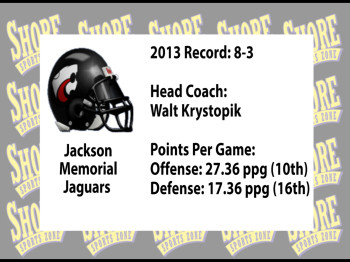