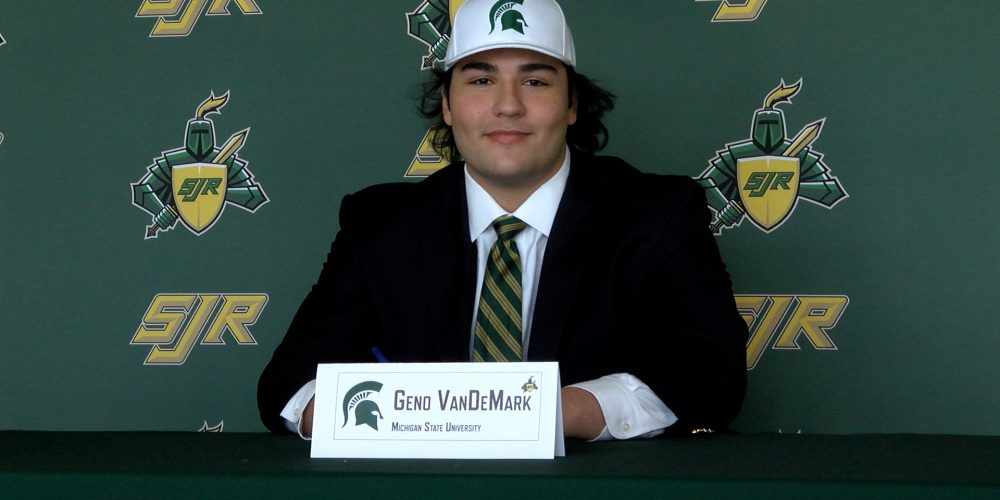 One of New Jersey’s most physical and talented offensive lineman officially has a new home.

A two-time JSZ All-Zone player, VanDeMark gave a verbal commitment to the Spartans prior to the start of the 2020 season. Other schools, like Rutgers University, came in with a late push to try and swing the 6-5, 300 pound lineman.

VanDeMark, a native of Lodi, NJ, is the second offensive lineman in as many years to sign with a Big 10 program. Last season, it was Ohio State’s Luke Wypler.

JSZ’s Jay Cook spoke with VanDeMark moments after he signed on with the Spartans:

Jersey Sports Zone’s coverage of St. Joe’s (Mont.) is brought to you by Rothman Orthopaedics.