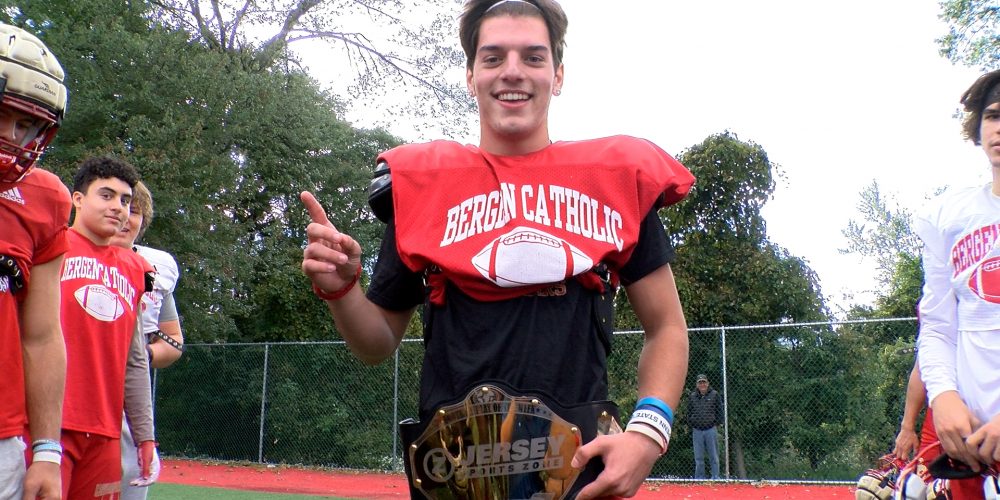 When Chris Mimmo was charging down the field in the fourth quarter of Bergen Catholic’s winning effort over Don Bosco Prep last weekend, he was just trying to make a special teams tackle on a kickoff.

Mimmo, a sophomore at Bergen Catholic, brought in over 25,000 votes to win the weekly award thanks to that physical tackle.

JSZ’s Jay Cook presented Mimmo with his award at practice on Thursday: