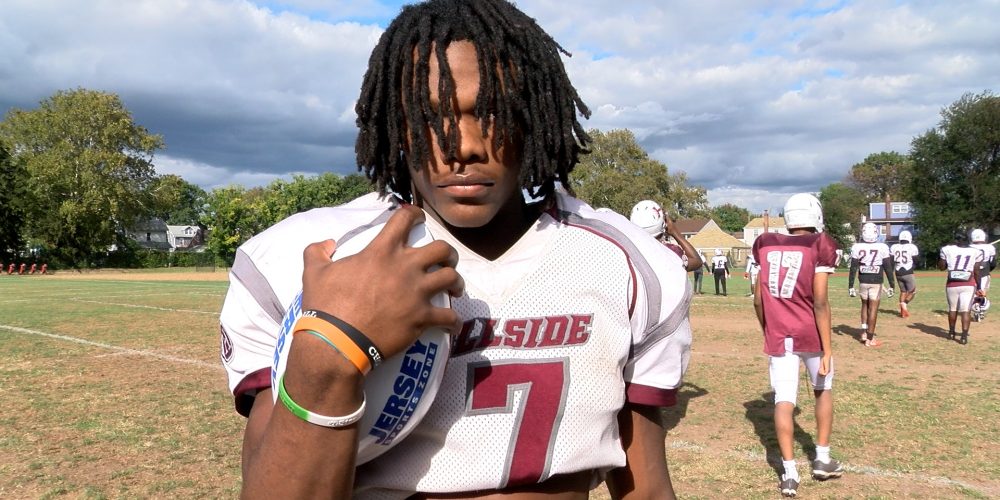 Hillside running back Mufawwaq Parkman delivered the breakout game he was looking for to get his junior season going.

Parkman handled only eight carries but still put up a staggering 225 yard and scored four touchdowns in the Comets’ 40-7 blowout win against Voorhees on September 25.

Parkman was nominated for, and won, JSZ’s Week 4 North Jersey Game Ball for his performance.

JSZ’s Jay Cook stopped by practice on Thursday to present Parkman with his award: