They are two organizations that have the same mission.  The USA Wounded Warriors and the Brick Stars Challenger Program are both entirely fueled by donations and volunteers and both feature athletes that are the model of courage and inspiration. 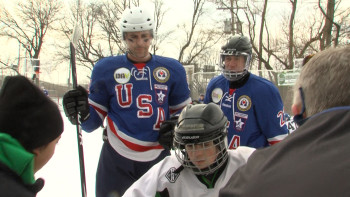 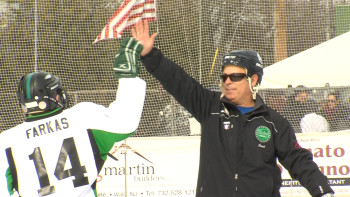 Team USA was part of the NHL’s Winter Classic in our nation’s capital, getting a chance to skate with the Chicago Blackhawks.  They were outside once again, this time in Avon at the town’s outdoor rink for a game against Brick’s group of special needs All-Stars.  Point Pleasant Boro and Saint Rose’s hockey teams were out in full force to watch the kids they work with every Sunday morning get the chance to play in a game in front of a big crowd. 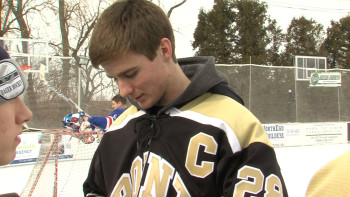 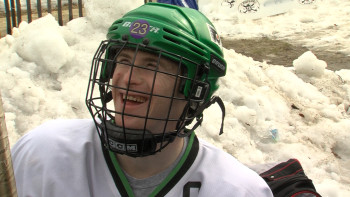 Point Pleasant Boro hockey coach Alex DePalma has grown the Brick Stars program from eight to over 60 in just five years.  Every Sunday morning, the Brick Stars take to the ice at Ocean Ice Palace in Brick.  In case you missed it, Shore Sports Zone profiled the Brick Stars leading up to the game against Team USA.