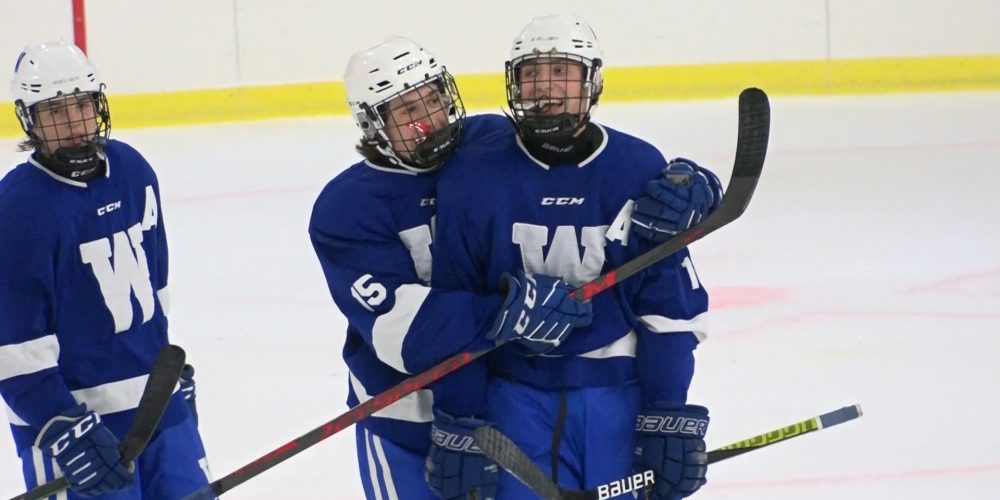 JSZ has two great Tuesday matchups on the ice thanks to our great partners. Middletown South vs. Middletown North is our NJ Devils Game of the Week plus we have Westfield’s opener against Summit!

Michael Ferlanti and Antonio Crispino scored goals five seconds apart late in the second period to give the Eagles the lead for good as Middletown South scored six unanswered goals to wipe out a 2-0 deficit and deliver an opening night win. Nate Block had back-to-back goals in the third period to give him 46 in his career. JSZ’s Rich Chrampanis has the highlights and post-game reaction from Middletown Ice World in our first NJ Devils Game of the Week:

Jersey Sports Zone is excited to once again partner with the New Jersey Devils to spotlight high school hockey in the Garden State. We will honor the Top 5 goals of the month during the season at the Prudential Center and we’ll showcase one great game each week thanks to the Devils to bring extended highlights and post-game reaction

Westfield (1-0) started the 2021 Ice Hockey season with a victory as the Blue Devils defeated McInnis Division rival Summit (0-1) 5-1. Following a scoreless first period, Matt Beke found net twice in the second to give Westfield a 3-1 lead after two. Beke scored again in the final period to end the night with three goals. JSZ’s Nery Rodriguez has the highlights from Warinanco Park: