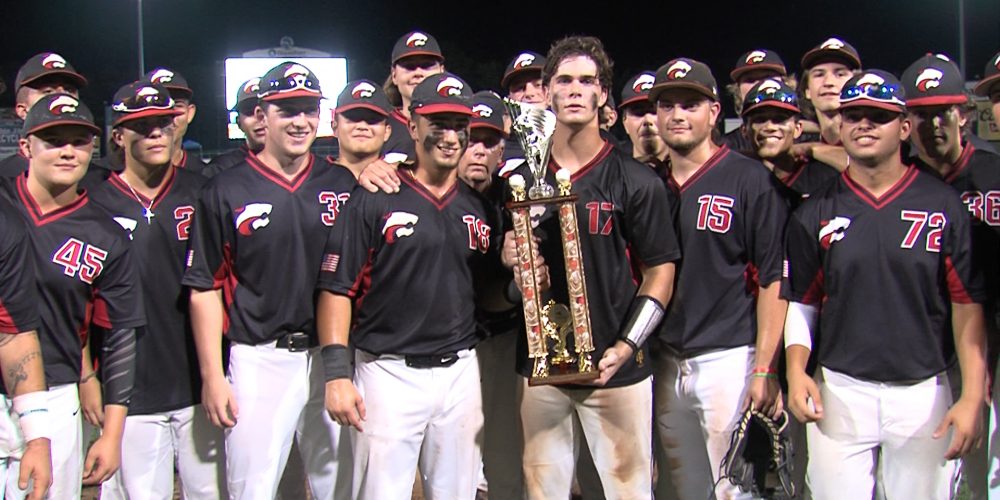 There was hardware up for grabs on Wednesday night, with the Last Dance North and South Region championship games. JSZ has complete coverage of both games with highlights and reaction.

The Jags fell behind 3-0 early, but came back to win it and capture the Jim Brown Memorial Trophy. Carmine Petosa was clutch all night long, driving in three runs in the victory. Tom Cartnick also drove in a run for Jackson Memorial. Zach Crotchfelt came on in relief and pitched the Jags into the Last Dance Tournament final. JSZ’s Mike Frankel and Nery Rodriguez have the highlights and reaction from the home of the Blue Claws:

Coverage of Jackson Memorial is made possible by Louro Chiropractic Center.

The #13 seed continued its dominating play in the North Region with a 10-run outburst against another Bergen County non-public power. The Cougars scored three runs in the first and never looked back as lefty Rob Salvatore was brilliant in a three hit shutout going the distance and striking out six. Joe Meola paced the Cougars bats with a 5 RBI night. JSZ’s Rich Chrampanis and Jay Cook bring you the Cougars title winning performance from Skylands Stadium:

Jersey Sports Zone’s championship preview and post-game MVP interviews this week are brought to you by RWJ Barnabas, the title sponsor of the Last Dance World Series.