JSZ once again combs the state for highlights from some great games!

One of Bergen County’s best rivalries was renewed for the 2022 season. A first half goal from Megan Twomey and a second half score courtesy of Abby Hendrickson was all the offense Ramapo (3-0) needed to defeat rival Northern Highlands (3-2) on Tuesday. Despite the loss, Highlanders keeper Mia Langan had a stellar game with a career-high 11 saves.

JSZ’s Jay Cook has the highlights from Allendale:

Jake D’Eletto’s goal two minutes into the second half proved to be the game-winner as the Colts win a third consecutive match against a high profile opponent while handing Howell its first loss of the season.  CBA scored wins against Delran and Gill St. Bernard’s heading into the showdown with the 5-0 Rebels.  Dimitry Corba scored on a penalty kick in the first half to give the Colts a 1-0 halftime lead.  After D’Eletto made it 2-0, Howell answered in the 54th minute on a goal by Bryce Ocolla.  Charlie Scanlon was outstanding in goal for the Rebels with 8 saves.

JSZ’s Rich Chrampanis has all the highlights and post-match reaction: 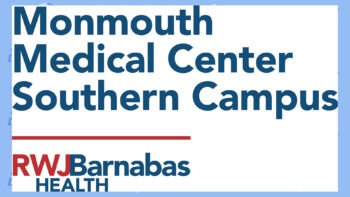 Jersey Sports Zone’s coverage of Howell is brought to you by Monmouth Medical Center’s Southern Campus in Lakewood.

Sean McFadden scored a goal off an assist from Matt Conger early in the first half, and that proved to be the difference between the Renegades and the Lions. Braeden Hurley earned the clean sheet in net for Shawnee (3-0-2). West falls to (2-2-1) with the loss.

JSZ’s Mike Frankel has the highlights from this Olympic Conference showdown: Pennington improved to 5-0 following a three goal performance from junior Morgan Kotch. Kotch, a stand out in the Class of 2024 has garnered attention from numerous Division I programs as she collected her 12th goal of the season. So far this year the Red Raiders have outscored their opponents 32-3.

JSZ’s Nery Rodriguez has the highlights from Pennington:

Thank you to Princeton Orthopaedic Associates for sponsoring both our Peddie and Pennington coverage.