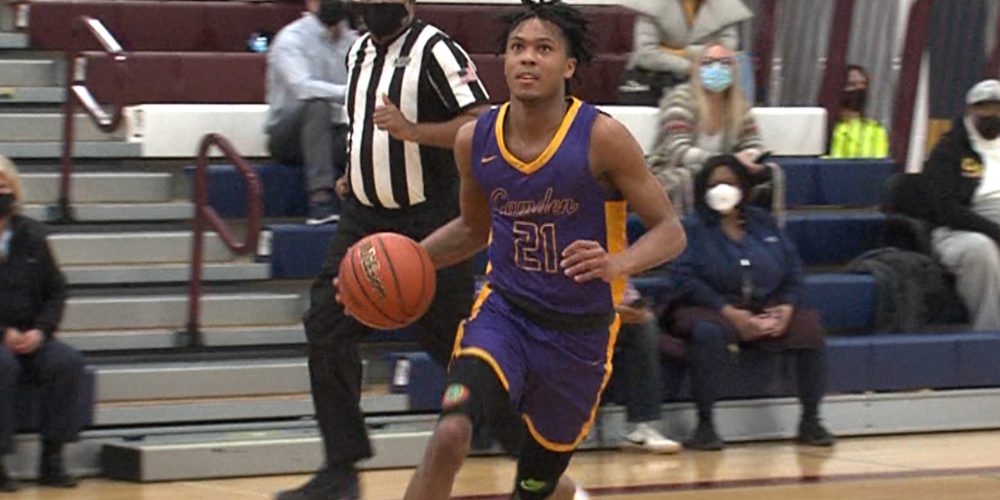 The Panthers poured in the points from the start, as they cruised to victory over the Vikings. DJ Wagner led The High with a game-high 17 points. Cian Medley added 14 points, while while St. Joseph’s commit Rasheer Fleming scored 13 points for Camden (6-0). Noah Payne scored a team-high 16 points for Eastern (4-5) in the loss. Camden now gets set for a showdown with national powerhouse Montverde Academy (FL) at the Metro Classic in Trenton on Thursday night.

Coverage of Camden and Eastern is made possible by Cooper University Health Care.

No. 9 St. Thomas Aquinas (4-0) escaped a close 59-54 victory over Old Bridge (5-1) to hand the Knights their first loss of the season. Ahead 37-23 at halftime thanks to a 16 point performance from sophomore Amarilis Shubick in the first two quarters, Old Bridge rallied back to cut the deficit to 49-52 heading into the fourth. The Knights got a lift from Payton Alcorn, who ended the night with 13 points, but St. Thomas was able to hold on for the victory late, despite registering just 10 points in the final quarter. Amarilis Shubick ended the evening with 18 points while had 16. JSZ’s Nery Rodriguez has the highlights:

Thank you to OceanFirst Bank for sponsoring our Girls Basketball Game of the Week.