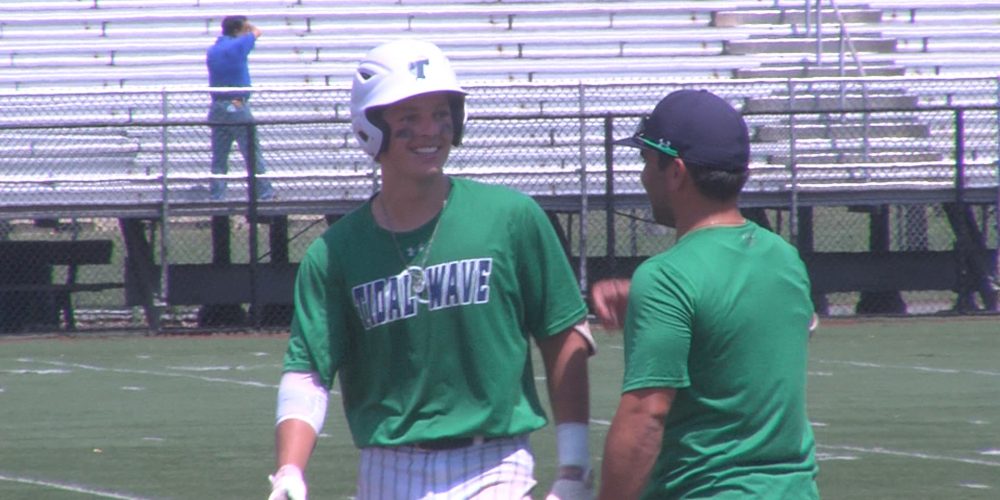 We’re down to the Elite 8 in the 222-team Last Dance Tournament. JSZ has highlights from a pair of games at Caven Point in Jersey City as Delbarton and St. Peter’s conclude their game from Wednesday’s rainout and Bergen Catholic and Millburn close out Week Two.

On Wednesday, JSZ has highlights from seven Sweet 16 games around the state. The final two slots in the Elite 8 were decided at Caven Point in Jersey City. Watch JSZ’s highlights of Delbarton/St. Peter’s Prep and Bergen Catholic/Millburn!

North Region | Round of 16 | Caven Point

Delbarton was three outs away from elimination before mounting a seven run rally in the top of the 7th to reach the Elite 8. St. Peter’s Prep had a 4-2 lead in the 4th inning when rain and lightning forced the game to move from Skylands Stadium on Wednesday night to Caven Point on Thursday at noon. Jack O’Donnell’s 2 run single gave the Marauders a 6-3 lead heading into the 7th but Delbarton was able to bat around and take the lead on a Kyle Vinci hit by pitch with the bases loaded. JSZ has the seventh inning rally and much from Jersey City:

After falling behind 3-1 in the middle innings, Bergen Catholic employed a small-ball mentality to turn the tide of this game. The Crusaders also leaned on a strong outing from their bullpen to stave off a hungry Millburn team. JSZ’s Jay Cook has the highlights: