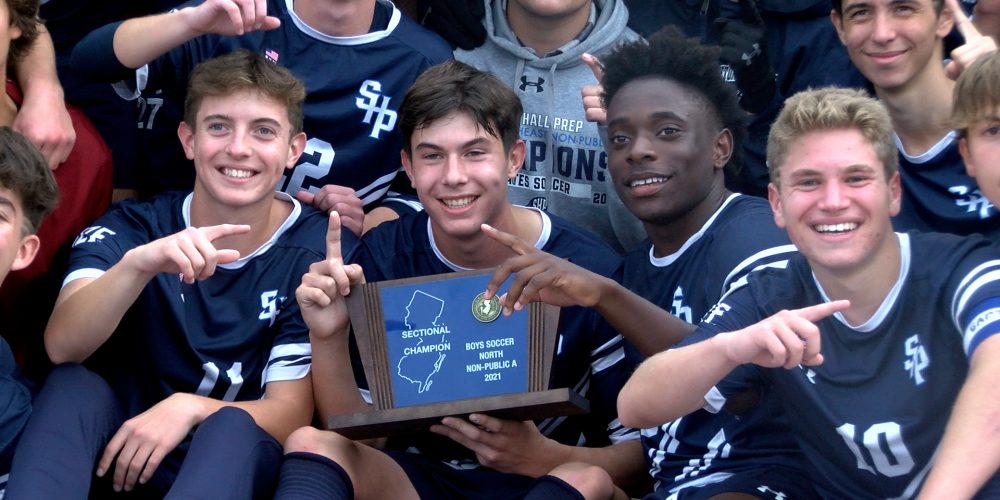 Drew Ligotti’s goal with :48 seconds left in the first half proved to be the difference in a battle between two non-public rivals. Top-seeded Seton Hall Prep (19-0-1) continues on their magical season after weathering a second-half storm from Delbarton (17-3-1). Aidan Batista made eight saves in net for the Pirates, who won their eighth Non-Public A North sectional title. Seton Hall Prep will face CBA in the Non-Public A final Sunday at Kean University.

(1) Christian Brothers (20-1) captured their sixth Sectional Title in seven years following a 5-4 victory over (3) Notre Dame (17-3-2) for the South Jersey, Non-Public A Championship. The Colts went ahead 4-1 early in the second half before ND scored a pair of goals to cut the deficit to 4-3. After another score from Dylan Cupo, Notre Dame would cut the game to 5-3 in the closing minute, but there was not enough time for the Irish to lead a comeback. Cupo finished the game with two goals. JSZ’s Nery Rodriguez has the highlights from Lincroft:

William Vazquez scored a pair of goals and Milan Shah had a goal and an assist to give Princeton Day its first sectional championship. Vazquez opened the scoring when he followed his penalty kick which was initially stopped to break a scoreless tie in the second half. Vazquez added a goal with 11:41 left in the second half and Shah made it 3-0 on a free-kick. Princeton Day will take on Gill St. Bernard’s for the Non-Public “B” state championship on Sunday at Kean University. JSZ’s Rich Chrampanis has the highlights and post-match reaction from Tinton Falls: