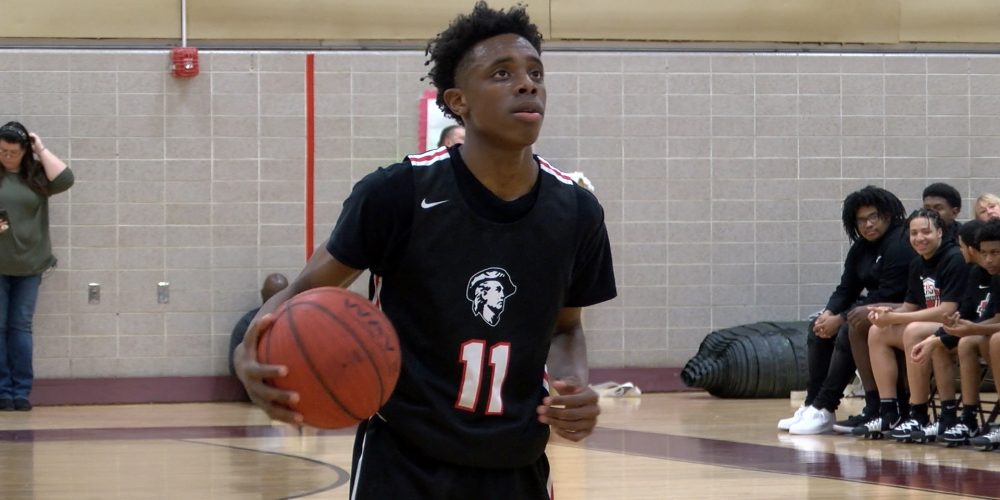 It was a busy night on the hardwood, and JSZ has you covered with action from all around the Garden State. Check back throughout the night as the highlights come in!

New Brunswick (13-1) picked up its ninth straight win with a thrilling 75-68 victory over Greater Middlesex rival North Brunswick (10-6). The Zebras led by as many as 16 points before North Brunswick stormed back in the third quarter to tie the game. Regulation wasn’t enough to hold these two, in overtime 6’6 Tahjay Moore would use his large frame to lock down the Raiders. Moore finished with 18 points and 22 rebounds. JSZ’s Nery Rodriguez has the highlights:

Elizabeth’s stellar regular season continued at Union High School Thursday as Jayden Pierre’s game-high 17 points led the Minutemen to yet another victory against Union County competition. Jordan Price finished with 15 points in the win, as well. Elizabeth is now (13-1) on the year while the Farmers drop to (10-7).

JSZ’s Jay Cook has the highlights from Union:

In a battle between Colonial Conference division leaders, the Haddons pulled away late to win their 14th game in a row. Tommy Mooney and Andrew Gostovich led the charge, scoring 15 points and 13 points respectively. Damian Rawls went for 15 points for the Rams in the loss.

JSZ’s Mike Frankel has the highlights from Pine Hill:

Coverage of Haddonfield is made possible by NJM Insurance.

The Caseys put together a 17-0 run that carried over from the second quarter to the third as RBC picked up its 11th win of the season. CJ Ruoff led the way with 16, Cyril Avinitis 12 and Charlie Gordinier scored 11. JSZ’s Rich Chrampanis has the highlights from Rumson:

Trailing for much of the night, the Lady Chiefs were five seconds away from its first loss of the season. An Amani Reed steal led to a last moment tip-in from Kennedy Wilburn to keep Cherokee unbeaten at the expense of the Minutemaids. Alexa Therien scored a game-high 16 points in the win.

JSZ’s James Mooney has the highlights from Sewell: