Four more tickets to Rutgers University were punched on Sunday, and JSZ has you covered with highlights from all four state semifinals. Check back throughout the night as the highlights are posted!

The Bulldogs turned in one of its most complete performances of the season to punch their ticket to the Group 2 state final. Alastair Orr rushed for 86 yards and a pair of touchdowns in the victory. Scott Venancio chipped in with a pair of receiving touchdowns for RFH (8-4). Jayson Harris hauled in a 28-yard touchdown pass from Lamar Best in the loss for Willingboro (6-6). RFH will face Caldwell for the Group 2 state title in two weeks at Rutgers University.

JSZ’s coverage of Rumson-Fair Haven is brought to you by Mario Venancio of Berkshire Hathaway Fox & Roach Realtors.

Aidan Heaney rumbled for 200 yards and two touchdown runs to pace the Golden Knights in their bid to make it to the first-ever Group 3 state championship. Old Tappan (11-1) played stellar defense and made big stops in tough situations to keep West Morris (12-1) and their vaunted rushing attack at bay. Stefano Montella scored the lone Wolfpack touchdown in this one – his incredible senior season came to a close with 39 carries and 184 yards. Old Tappan will face Delsea in the Group 3 state championship in two weeks at Rutgers University.

JSZ’s Jay Cook has the highlights from Franklin High School:

The Thunderbolts put a late drive together for a comeback win for the second week in a row, as Na’eem Sharp ran for a touchdown with 39 seconds left. Bricere Hunter returned a fumble for a TD and ran for a score in the victory for Millville (10-2) as well. Jamie Tyson and Stephen Ordille scored touchdowns for the Mustangs (10-2) in the loss. Millville will face Northern Highlands in the Group 4 state final in two weeks at Rutgers.

JSZ’s Mike Frankel has the thrilling highlights and interviews from Marlton:

Trashon Dye carried the ball 36 times for 201 yards and two touchdowns and twin brother Travon Dye clinched the win with a 22-yard touchdown run late in the fourth quarter to give the Bulldogs a spot in the Group 5 state championship against Toms River North.  West Orange had a 7-6 lead at the half and Passaic Tech missed a field goal in the third quarter to take the lead.  On a 4th and goal from the 6, Passaic Tech elected to go for it and Trashon Dye’s second TD run of the game gave the Bulldogs its first lead of the game.  Travon Dye converted a 3rd and 6 from the 22 with 1:35 to go to assure the victory.

JSZ’s Rich Chrampanis has the highlights and post-game reaction from Franklin High School: 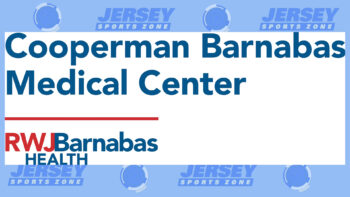