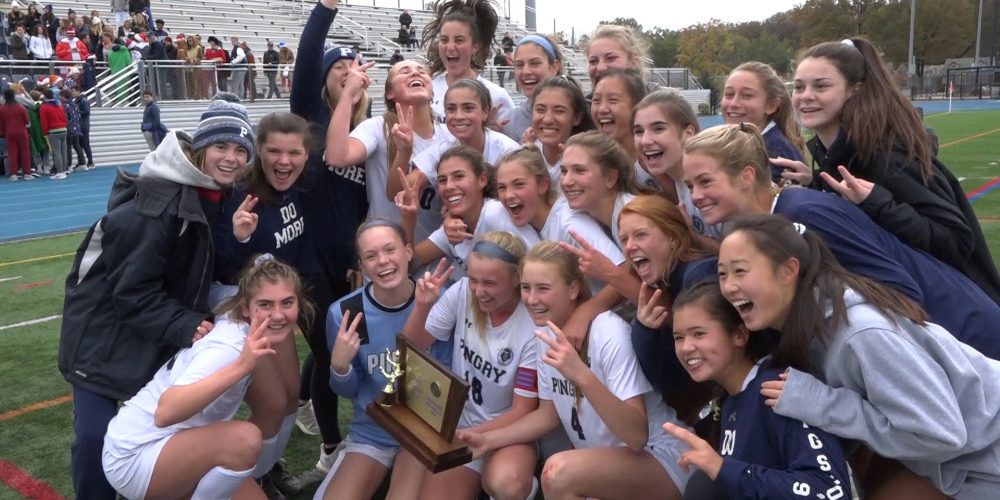 Championship Sunday at Kean University features four exciting soccer matchups to determine who are the garden state’s best Non-Public teams. We have coverage from all four finals on Sunday. Come back throughout the night and enjoy the highlights!

It took 91 minutes and a battle against one of the state’s best defensive squads, but Seton Hall Prep is state champions for the first time in a decade. A 50/50 service into the box was contested by Seton Hall Prep’s Lucas Ross early in the second half – that pass ultimately went through the keeper’s hands into the back of the net.

Jersey Sports Zone’s coverage of the state playoffs is sponsored by QuickChek!

Micaah Garnette scored twice to reach the 30 goal mark and the Blue Knights won their second straight Non-Public B state title. Garnette scored in the 5th minute to set the early tone and ten minutes later Jordan Canica weaved around three defenders to find the net for his 17th of the season. Garnette sealed the title in the 76th minute on a penalty kick. JSZ’s Rich Chrampanis has the highlights and post-match reaction from Kean University:

Thanks to QuickChek for partnering with Jersey Sports Zone to bring you state championship coverage!

For a second straight year Pingry was crowned Non-Public A Champions following a dominating 6-0 win over DePaul Catholic. Big Blue was led by Columbia University Commit Madisyn Pilla who scored twice in the first half. Pilla has reached 48 goals this year with 11 of those coming in the postseason. JSZ’s Nery Rodriguez has the highlights:

Thank you to Quick Chek for sponsoring all of our 2019 postseason soccer coverage!

The Argonauts put the finishing touches on the greatest season in program history with an impressive 2-0 win over the Rebels. Shots came early and often for Rutgers Prep, who dominated possession all afternoon, but could not get on the board in the first half. Micah Livingston scored in the 46th minute to break the tie scoreless. Asia Hankerson followed up in the 47th minute with a rocket that beat Livia Davidson.

JSZ’s James Mooney has the highlights and reaction from Kean University:

Thank you to QuickChek for sponsoring all of our 2019 postseason soccer coverage!