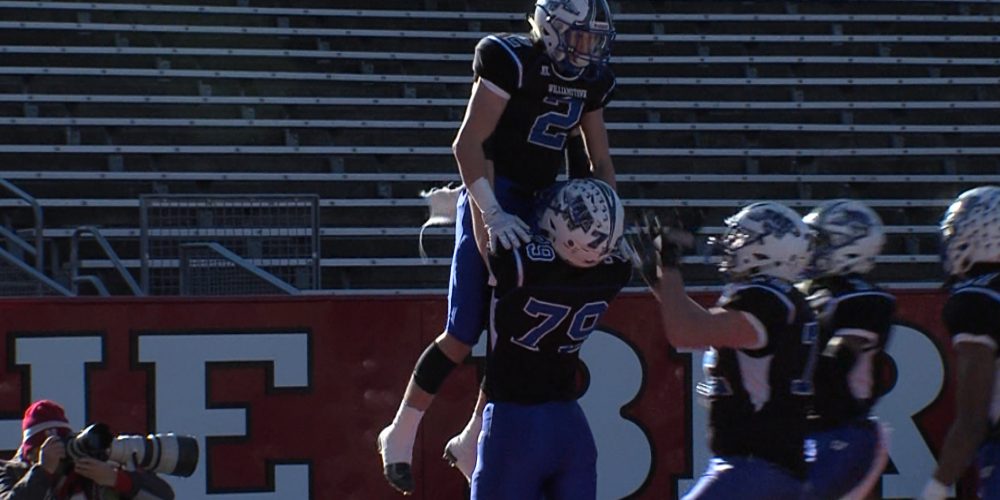 The final weekend of the season is underway at Rutgers. JSZ has complete coverage from a pair of regional championship games, plus a Non-Public title game. The highlights are posted from all three Saturday games!

Andrew Butler threw for 363 yards and 3 TD passes along with a TD run and the DePaul defense made a critical stop on a game-tying two-point conversion attempt in the fourth quarter to win their fifth state championship this decade. Mater Dei stormed back from a 20-6 halftime deficit with long TD’s from Clarence Lewis and Naran Buntin to rally in the second half, but the Seraphs could not punch in the game-tying two-point conversion attempt. DePaul WR Tedy Afful had 10 catches for 203 yards and a TD in the win. JSZ’s Rich Chrampanis has the highlights from Rutgers:

The Braves took it to the Chiefs from the start, building a 23-0 lead at Rutgers. Sophomore Turner Inge turned in a monster performance, rushing for 141 yards and a pair of touchdowns. Dougie Brown and Brody Colbert also found the end zone for Williamstown in the win. Billy Osborn threw a pair of touchdown passes for Cherokee in the loss.

What a third quarter it was for Shawnee. The Renegades took a 14-0 lead into halftime but exploded after the break with two turnovers and three touchdowns to power a 34-0 rout of Hammonton. Matt Welsey chipped in four touchdowns in the win while Matt Papa (19 tackles, 1 INT) and Matt Suriano (35-yard fumble return TD) led a suffocating defensive effort.

JSZ’s Jay Cook has the highlights and post-game reaction:

JSZ’s coverage of all Shawnee athletics for the 2019-2020 athletic year is proudly brought to you by Cooper University Health Care.