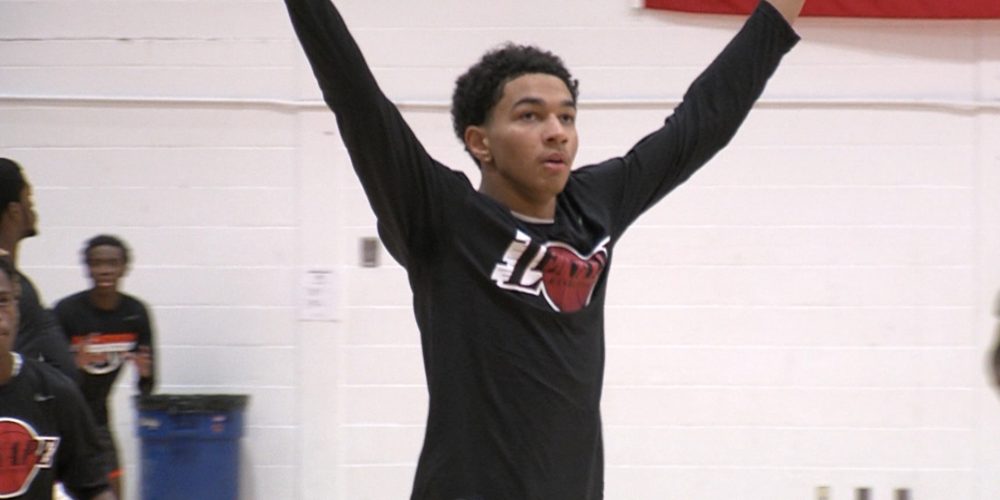 JSZ has a pair of sponsored games for you on Saturday, as Lenape takes on Linden, and Scotch Plains-Fanwood battles Westfield. Enjoy the highlights!

Rutgers commit Derek Simpson sizzled in his season debut for the Indians. Simpson scored a game-high 18 points and dished out nine assists, as Lenape handled Linden at the Jimmy V Tournament at Cherokee. Aidan Anderson scored 16 points in the win for Lenape (1-0), while Tye Dorset chipped in with 13 points. Nigel Merville scored a team-high 13 points for the Tigers (0-1) in the loss.

The Game of the Week is made possible by OceanFirst Bank.

Scotch Plains-Fanwood (1-0) defeated Westfield (0-1) 61-59 off a thrilling fourth quarter shot from Jaden Carter with 2.5 seconds remaining in regulation. After trailing by three to end the first quarter, Scotch Plains in an explosive second quarter went ahead 26-22 at halftime. Carter and Davidson College commit Sean Logan battled down the stretch until a three pointer from Theo Sicca gave Westfield a 59-58 lead with 19 seconds left. Jaden Carter would then sink the eventual game-winning shot on the ensuing possession. Carter finished with 16 points while Sean Logan had 23 points and 14 rebounds. JSZ’s Nery Rodriguez has the highlights: