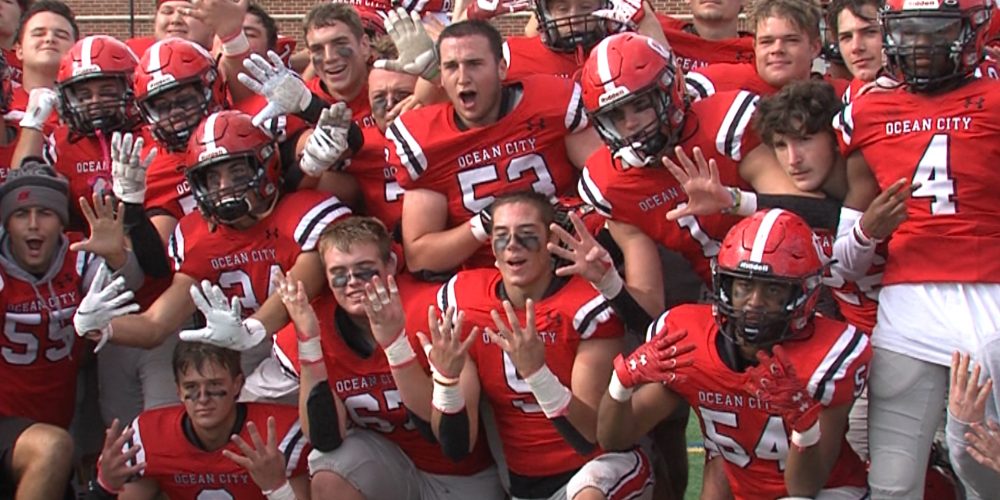 The regular season wraps up as teams around the Garden State get set to make their playoff push. Enjoy the highlights!

Ryan Butler had 27 carries for 171 yards and two touchdowns to lead Bergen Catholic to a perfect regular season. Saeed St. Fleur gave BC a 7-0 lead on a 31-yard TD run in the first quarter. St. Peter’s had a chance to tie the game late in the first half before the Crusaders defense stuffed the Marauders on 4th and 1 from the 10-yard line. Butler and the Crusaders defense took over from there to get to 9-0 on the regular season. Bergen Catholic will be the #1 seed in the Non-Public “A” state playoffs. JSZ’s Rich Chrampanis has the highlights from Caven Point in Jersey City:

The Red Raiders put the finishing touches on an undefeated regular season, pulling away from the Braves in the second half. Sean Mazzitelli and Riley Gunnels each rushed for a pair of touchdowns in the victory for OC (9-0). Villanova commit Turner Inge scored two touchdowns for Williamstown (4-5) in the loss.

Coverage of Williamstown is made possible by Cooper University Health Care.

Hun (7-0) defeated Mid-Atlantic Prep League rival Peddie (2-5) 56-21 to finish out the year undefeated against New Jersey teams. The Raiders went ahead 28-0 after the first quarter following back to back touchdown passes of 40 plus yards from four star quarterback recruit Marco Lainez. Lainez had three throwing scores while running back Ahmad Dixon rushed for two touchdowns, Jake Lesser had two receiving scores and an interception. JSZ’s Nery Rodriguez has the highlights from Hightstown:

Thank you to Princeton Orthopaedic Associates for sponsoring both our Hun and Peddie coverage.

Joe Lemly’s TD pass to Dorian Henry with :07 seconds left in the game gave Nottingham (8-0) the Northstar’s first undefeated regular season. Notre Dame built a 13 point halftime lead before the Northstars rallied in the second half. Quiyon McMillan had a sensational game with three interceptions on defense to go along with 13 catches for 127 yards. JSZ’s Darron Wallace has the highlights from one of the best games in Week 9: