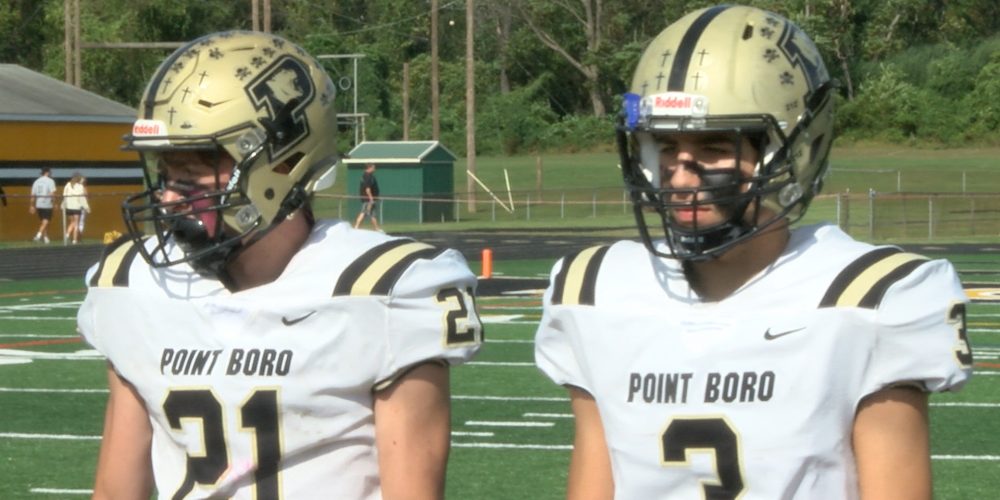 It’s a Super Saturday of New Jersey high school football! Thanks to JSZ’s sponsors, we’ve got four great games around the state. Enjoy all the highlights.

The Crusaders erased a 10-0 deficit in the second quarter by scoring 21 unanswered points to hold the Green Knights off and keep their No. 1 ranking and undefeated season alive. Bergen Catholic (7-0) rode the run game behind 104 yards and two touchdowns from Ryan Butler, while Christian Carti put the game away in the fourth quarter with a physical eight-yard touchdown catch. Junior defensive linemen DJ Samuels and Sydir Mitchell caused havoc throughout the game. Luke Tucci scored the lone touchdown for St. Joe’s (4-3) in the loss.

Seton Hall Prep (6-1) picked up a third straight win following a 34-21 victory over Super Football Conference foe Delbarton (3-4). The Pirates jumped out to a 31-7 lead at halftime on touchdowns from Myles Thomason, Mason Mac and Nick Dunneman. Harvard commit Jaden Craig threw for 274 yards as he ended the afternoon with three passing touchdowns. JSZ’s Nery Rodriguez has highlights and postgame reaction from Morristown:

Thank you to “One on One” with Steve Adubato for sponsoring our Seton Hall Prep coverage.

Connor Cilento had 5 carries for 142 yards and 3 TD’s as the Panthers overcame three early turnovers to score 35 points in the second quarter on the way to a convincing win. Charlie Vitale had a TD run and a pick six for 6-0 Point Pleasant Boro. JSZ’s Rich Chrampanis has the highlights from Tinton Falls:

The Falcons left no doubt in this WJFL Liberty Division clash, blanking the Chargers to pick up its fourth-straight win. Senior Ju-Juan Lee rushed for three touchdowns in the win for Burlington Twp. Senior Leland Williams got the Falcons defense on the board with a 30-yard pick-six.

JSZ’s James Mooney has the highlights from Burlington Twp.: