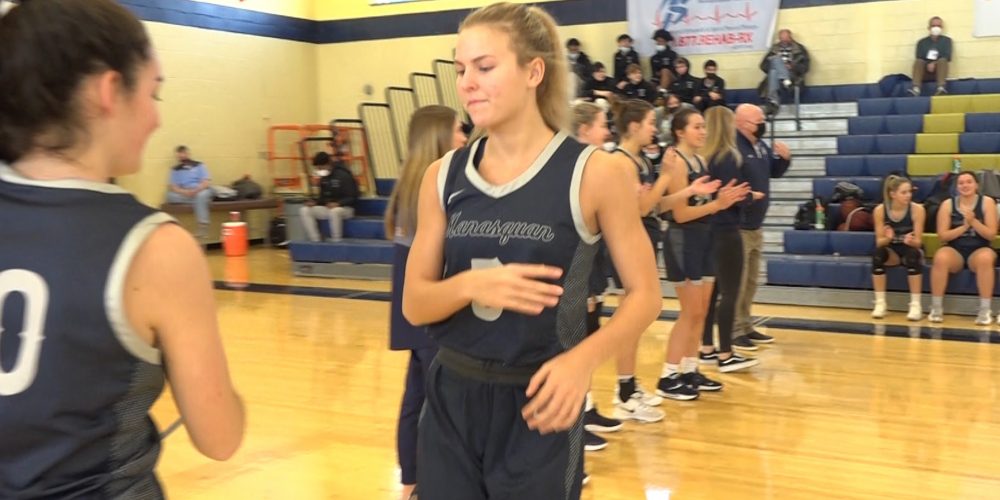 Showcase season is in full swing, and JSZ has you covered with plenty of action across the Garden State. Stay tuned all day as the highlights roll in!

No. 9 Hudson Catholic (5-1) cruised to a third straight win following a 65-43 victory over Seton Hall Prep (6-2). Locked into a 28-22 game at halftime, Hudson Catholic extended their lead to as many as 25 in the second half. Sophomore Tahaad Pettiford finished with 14 points while Elijah Gertrude had 16. JSZ’s Nery Rodriguez has the highlights from Roselle Catholic:

Thank you to “One on One” with Steve Adubato for sponsoring our Seton Hall Prep coverage.

The Warriors willed themselves to a hard-fought victory after a back-and-forth battle with the previously-unbeaten Mustangs. Dartmouth-commit Brooke Hollawell finished with a team-high 15 points to lead a balanced offensive attack from Manasquan (8-1). Stevens-commit Dorothy Lofreddo scored six of her eight points in the fourth quarter helping the Warriors take the lead in the final frame. Camryn Dirkes went for a game-high 17 points in the loss for Mainland (6-1).

JSZ’s James Mooney has the highlights and reaction from the OceanFirst Bank Game of the Week:

The girls basketball Game of the Week is made possible by OceanFirst Bank.