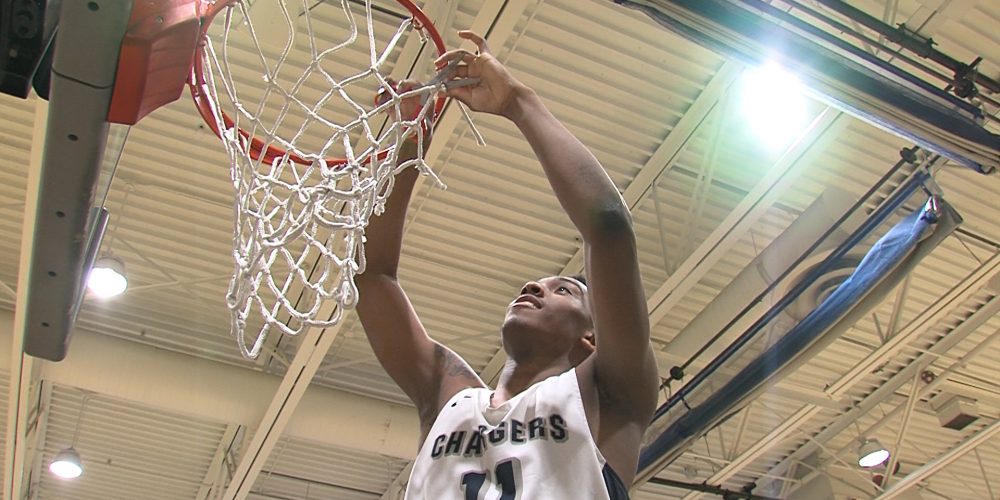 There was hardware up for grabs all around the state on Monday, with sectional finals taking place on the public side. Plus plenty of sectional semifinal action on the non-public side. Enjoy the highlights!

The Chargers led by as many as 22 points in the third quarter, but had to hold off a furious comeback from the Lions down the stretch. Demetrius Paynter led a balanced Creek attack with 16 points. Eric Benjamin and Justin Bladen added 15 points and 14 points respectively. Hakim Melvin scored a game-high 23 points for West in the loss.

JSZ’s Mike Frankel has the highlights and reaction, as Timber Creek wins its first sectional title since 2008:

University (3) defeated top-seeded Dunellen 61-50 to win its first North 2 Group 1 championship since 2016. The Phoenix defense applied pressure early on to limit Tyje Kelton, who was averaging 20.1 PPG, to just eight points on the night. Noah Mack finished with 17 points. JSZ’s Nery Rodriguez has the highlights:

It was a moment 31 years in the making as The Red Devils left no doubt in the sectional championship. Penns Grove jumped out to an early 10-0 lead and would lead by as many as 25 down the stretch. Senior Ka’von Lewis scored a game-high 29 points in the win. Eriq Campbell scored a team-high 14 points in the loss, as Lindenwold’s terrific run to a sectional final falls short.

JSZ’s James Mooney has the highlights and reaction from Carneys Point, as Penns Grove wins its first sectional title since 1989:

The Hawks set pace against Pope John as they built up a 20-point lead in the second quarter and never trailed. The Lions did mount a comeback late in the fourth, but it was too late, as Hudson Catholic held on and advanced to the sectional final on Wednesday. Anasia Staton lead the way for Hudson Catholic with a 17-point, 13-rebound double-double. Zanai Jones filled all the stat lines with 18 points, eight rebounds and seven assists. Faith Pappas and Alana Robinson had 19 points each for Pope John in the loss.

JSZ’s Kenneth Bradley has the highlights from Jersey City: