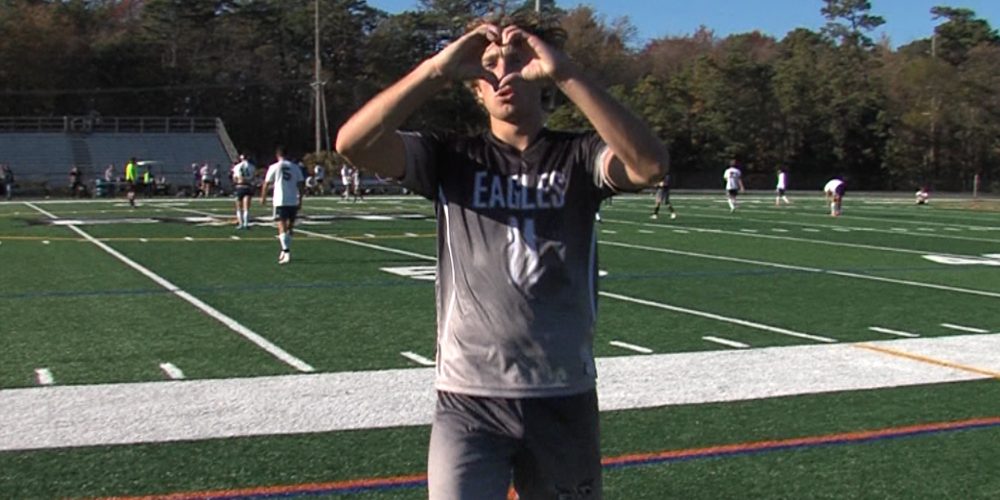 The state playoffs get underway with opening-round action on Monday. Enjoy the highlights!

A pair of second half goals propelled the fourth-seeded Eagles past the 13th-seeded Vikings and into the sectional quarterfinal round. Jackson Griffith and Gilmer Mendoza both scored goals for EHT (13-6). Brayden Cooper stopped a PK for Eastern (11-9) in the loss. The Eagles will now host either Toms River North or GCIT on Thursday.

Anden Johnson’s goal with :16 seconds left gave the Mustangs a last-minute win on the road in the opening round of the state playoffs. Red Bank Regional took a 1-0 lead on a Matt Lynch goal in the 69th minute but saw the game take a dramatic turn when a red card was issued to the Bucs with 7:30 to go. Jason Desiderio scored just seconds after the red card to tie the game and Johnson scored off a free kick from Ryan Smith. The Mustangs will face #2 seed Ocean in the second round. JSZ’s Rich Chrampanis has the highlights and post-match reaction from Little Silver:

(1) Hopewell Valley (16-4) defeated (16) Brick Township (4-13-1) 10-3 to advance to the Central Jersey, Group 3 Quarterfinals. The Bulldogs would take a 5-1 lead at halftime following two early scores from Kyle Mason in the first. Mason finished with a hat trick while Alex Tagliareni, Richie Kiefer and Tom Hooks each had two goals. JSZ’s Nery Rodriguez has the highlights:

Thank you to OceanFirst Bank for sponsoring our Brick Township coverage.