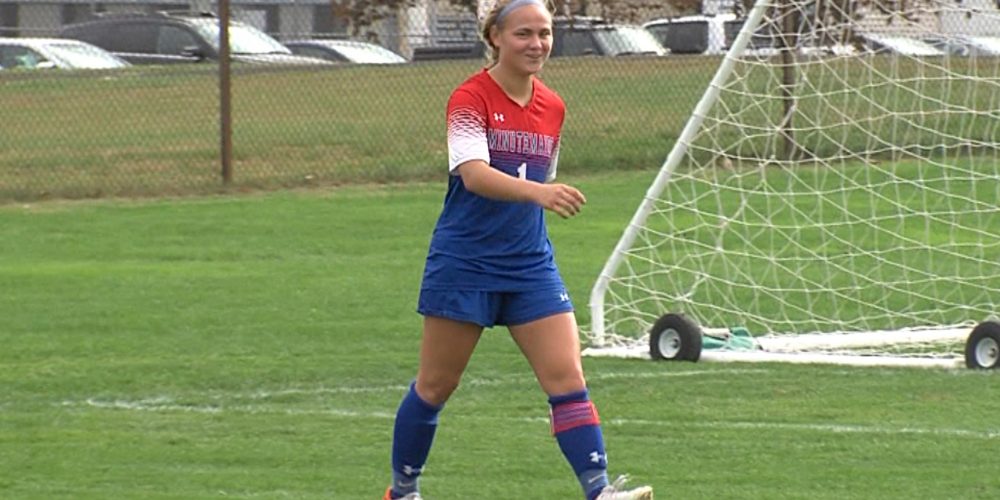 The state playoffs are officially underway on the girls side, with opening round action all across the Garden State on Monday. JSZ has you covered with some fantastic match-ups to kick off the postseason!

It didn’t take very long for the upset of the postseason to happen. Clearview entered the playoffs as the No. 15 seed with a sub – .500 record, but none of that mattered as the Pioneers knocked off No. 2 seed Jackson Memorial on their home pitch. Katie Pirrotta knocked in the match’s lone goal in the first half, while keeper McKenna Dalfonso was lights out in net.

JSZ’s Jay Cook has the highlights and reaction from Jackson:

JSZ’s coverage of Jackson Memorial is brought to you by the Louro Chiropractic Center.

Following a tough loss in the Greater Middlesex Conference Tournament Final, 7th seed Old Bridge advanced to the Central Group 4 Quarterfinals with a close 1-0 win over Princeton. Senior Lauren Corless’ 60’ goal was the only score of the day and the Knights set up a rematch in the next round with East Brunswick (2) who bested them in the County Title game. JSZ’s Nery Rodriguez has the highlights:

The sixth-seeded Minutemaids took it to the 11th-seeded Chiefs from the start, scoring four goals in the first 40 minutes. Amanda Attanasi registered a first half hat trick, with Megan Smith scoring a goal as well. Giovanna Castorina added a goal in the second half, as Township advances to face third-seeded Rancocas Valley in the S.J. Group 4 quarterfinals.

JSZ’s Mike Frankel has the highlights from Sewell:

Samantha Cesario and Katie Aglione scored to give the Bulldogs a first-round win in the state playoffs. Cesario scored off a great feed from Chase Boyle in the 39th minute to give RFH a 1-0 halftime lead. Aglione followed with a goal early in the second half. That goal proved to be the game-winner as Sarah Barnes would score in the 56th minute to get Manasquan on the board. Rumson-Fair Haven will host Matawan in the second round. JSZ’s Rich Chrampanis has the highlights: