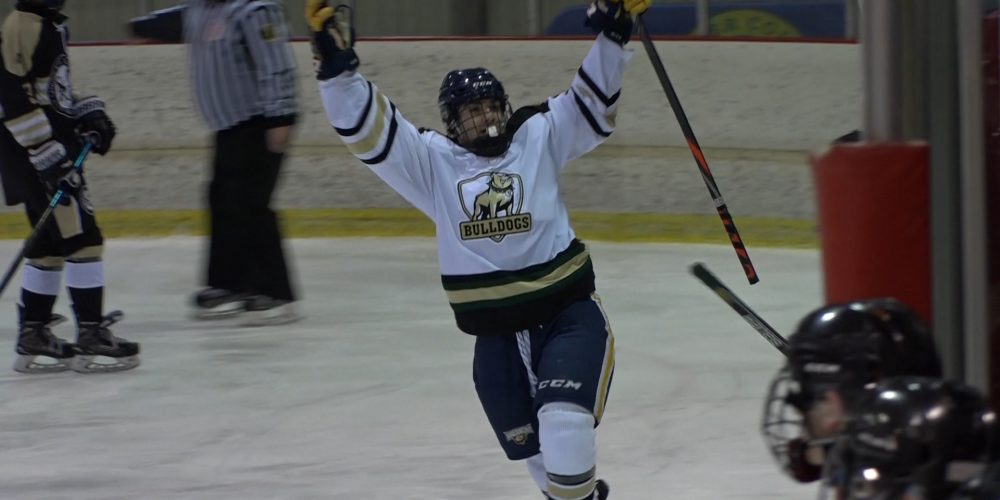 We’ve got another week of hockey! JSZ brings you plenty of puck coverage from rinks in Essex, Mercer and Monmouth counties. Stay tuned with us throughout the night for the highlights!

Ryan Croddick scored a pair of goals as RFH knocks off a 9-win Lions squad on Monday night. RFH scored three goals in the span of 3:45 in the second period to notch the win. The Bulldogs outshot the Lions 30-9. JSZ’s Rich Chrampanis has the highlights from the Red Bank Armory:

St. Rose (6-0-4) had their undefeated season put to the test in Monday’s matchup with 7-4 Hopewell Valley. Following two early goals from Sean Grant, Hopewell battled back to cut the lead to 3-2 in the second period. However, as both teams traded four goals in the final two minutes St. Rose led 5-4 going into the third. With 1:31 left  in regulation Roman Vitolo picking up his second score tied the game late and unfortunately there was not enough time for a thrilling conclusion. Michael Boyer also finished with two goals for Hopewell Valley. JSZ’s Nery Rodriguez has the highlights:

A McInnis Division showdown in the NJIIHL ended in a tie. Both Westfield and Livingston traded in the final 17 minutes of this game as the contest ends in a draw. Dylan Foley and Michael Mumm scored for the Lancers as the Blue Devils got goals from Spencer Brown and Matteo Mancheno.

JSZ’s Jay Cook has the highlights from Codey Arena in West Orange:

JSZ’s coverage of Westfield athletics all year long is brought to you by Assemblyman Jon Bramnick.