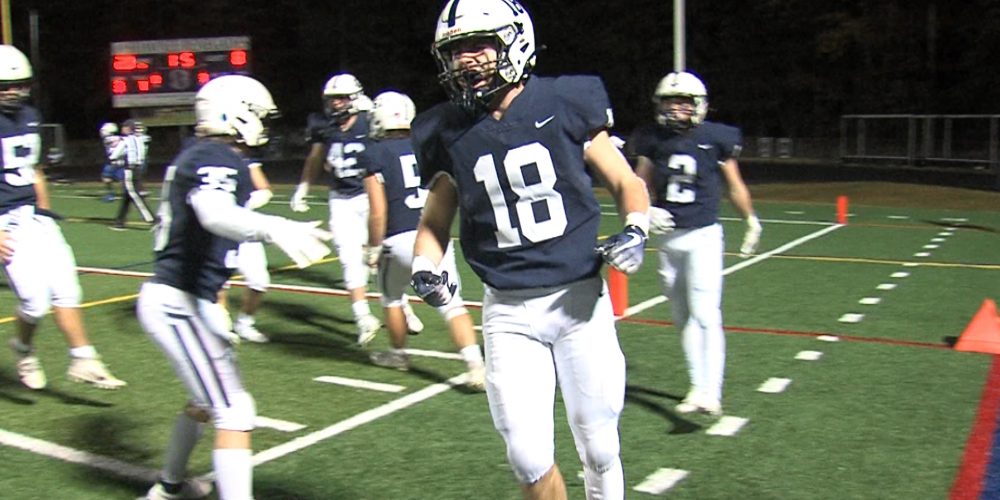 The playoffs begin with tremendous action all over the Garden State. Check back throughout the night to watch all of the highlights!

(4) Somerville (8-2) defeated (5) Rahway (4-5) 38-21 to advance to the South Jersey, Group 3 Semifinals. Rahway scored on its first two offensive possessions to lead 15-8 after the first quarter. Somerville answering back in the second tied the game at 15 heading into halftime. After both teams traded touchdowns in the third quarter, Senior standout Jaimen Bryant would find the end zone twice in the fourth for the eventual victory. Bryant finished with three touchdowns and an interception. JSZ’s Nery Rodriguez has the highlights and postgame reaction from Somerville:

Jersey Sports Zone is excited to partner with OceanFirst Bank to bring you a Game of the Week in both boys and girls sports all year long. Each week, we’ll pick a boys and girls game in different sports involving teams located near Ocean First Bank locations and provide highlights and post-game reaction to showcase great action from around the state. Thanks to OceanFirst Bank for shining the spotlight on great high school athletes from their hometowns!

The second-seeded Renegades trailed 8-7 after one quarter of play, but methodically pulled away from the Blue Devils to advance. Matt Welsey threw two touchdown passes and rushed for a score in the victory. Avery Cohen and Luke Anderson each caught a TD pass, while Dean Bialous rushed for two touchdowns for Shawnee (6-3). Justin Doughty caught a TD pass for seventh-seeded Hammonton (5-6) in the loss. The Renegades will host sixth-seeded Clearview next week.

The Stateliners raced out to a 16-0 lead in the first quarter and sealed the victory with a Caleb Rivera pick six to score a win at Maloney Stadium. P’burg will take on 2nd seed Clifton on the road in the sectional semis. JSZ’s Darron Wallace has the highlights and post-game reaction:

Jalin Butler threw for 176 yards and three touchdowns in the air while adding 76 yards and a TD on the ground in the Griffins dominating opening round win over the Irish. Nunes Bukula had 139 yards rushing and two scores as the Griffins raced out to a 35-0 lead midway through the second quarter. DC will face #1 seed Bergen Catholic in the Non-Public “A” quarterfinals next week. JSZ’s Rich Chrampanis has the highlights from Toms River: