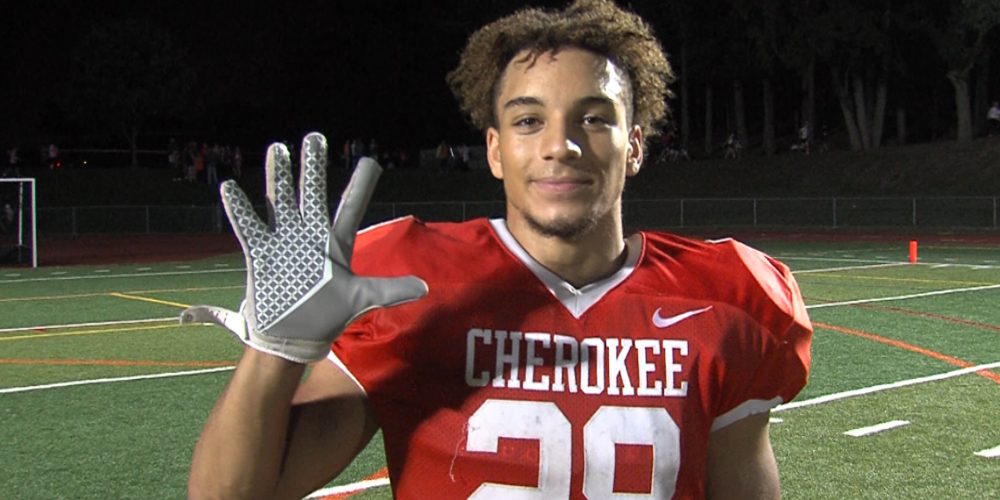 JSZ once again had cameras all over the state to capture the best action the Garden State has to offer on the gridiron. Enjoy the highlights as they come in!

The Highlanders may very well have the resume to call themselves one of the best teams in the Garden State. Northern Highlands (6-0) toppled Clifton (5-1) thanks to its defense which completed a shutout effort for the second straight week. Ben Scrivanich had a pick-six, Ian Langan had an interception and both Charlie Johnson and Jayden Dorilas notched sacks in a stifling defensive performance. Nick Branca led the offense with 93 yards and two TD runs.

JSZ’s Jay Cook has the highlights from Clifton:

The Chiefs sent the Renegades a message in this Burlington County rivalry game. Brandon “Bam” Boria absolutely went off, rushing for 334 yards and five touchdowns in the victory for Cherokee (3-2). Matt Welsey threw two touchdown passes and rushed for a score for Shawnee (4-2) in the loss.

The Minutemen made it a special night for its seniors on homecoming by knocking off the Braves to win the Border Bowl for the first time since 2015. Senior Jo’Nathan Silver had a big night on the ground, rushing for 194 yards and two touchdowns in the win. Senior Nah’mere Graves added a rushing touchdown and a 65-yard pick-six for Washington Twp. (5-1). Villanova-commit Turner Inge rushed for a touchdown in the loss for Williamstown (3-3).

JSZ’s James Mooney has the highlights and reaction from Sewell:

Coverage of Washington Twp. and Williamstown is made possible by Cooper University Health Care.