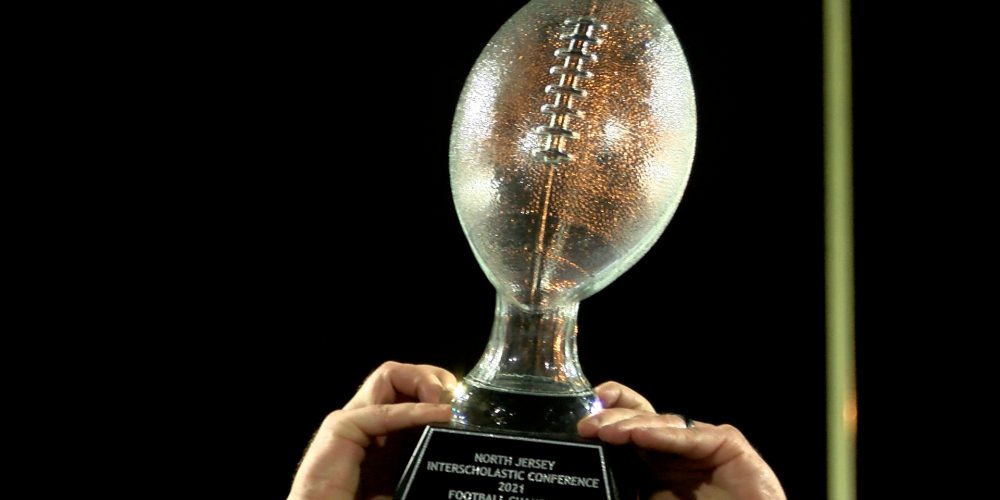 It’s the final weekend of the regular season, and JSZ braves the elements to bring you action from all over the state!

A three touchdown performance from Pat Cerulli and a catch-of-the-year candidate from Doug Russell highlighted the Bulldogs’ second NJIC championship crown on their home turf at Tryon Field. Rutherford (7-1) has now won seven consecutive games and heads into the postseason with a head full of steam. Park Ridge (7-1) was paced by a career-best performance from Matthew Manning, who notched 195 rushing yards and three scores.

JSZ’s Jay Cook has the highlights and reaction from the lone conference championship game in New Jersey:

The Hermits close out the regular season by knocking off rival Holy Spirit and head into the postseason on an eight-game winning streak. Princeton-commit Nasir Hill turned in a phenomenal all-around performance, scoring three touchdowns, and added a pair of interceptions in the win. Senior Kanye Udoh rushed for a pair of touchdowns for St. Augustine (8-1). Senior Trevor Cohen scored a pair of touchdowns in the loss for Holy Spirit.

JSZ’s James Mooney has the highlights and reaction from the OceanFirst Bank Game of the Week:

Jersey Sports Zone is excited to partner with OceanFirst Bank to bring you a Game of the Week in both boys and girls sports all year long. Each week, we’ll pick a boys and girls game in different sports involving teams located near Ocean First Bank locations and provide highlights and post-game reaction to showcase great action from around the state. Thanks to OceanFirst Bank for shining the spotlight on great high school athletes from their hometowns!

The Blue Devils absolutely rolled in the rain on the road against the Mustangs. A.J. Ryker rushed for 146 and two touchdowns to lead the way for Hammonton (5-5). Justin Doughty and Kenny Smith also rushed for scores, while the Blue Devils D pitched a shutout. Triton falls to (7-3), but both teams should be playoff-bound next week.

JSZ’s Mike Frankel has the highlights from Runnemede:

Coverage of Triton is brought to you by Cooper University Health Care.

The Stateliners leaned on its defense which recorded its 4th shutout of the season on a rainy night at Maloney Stadium. Caleb Rivera and Jakhye McLean scored the P’burg touchdowns.

JSZ’s Darron Wallace has the highlights: