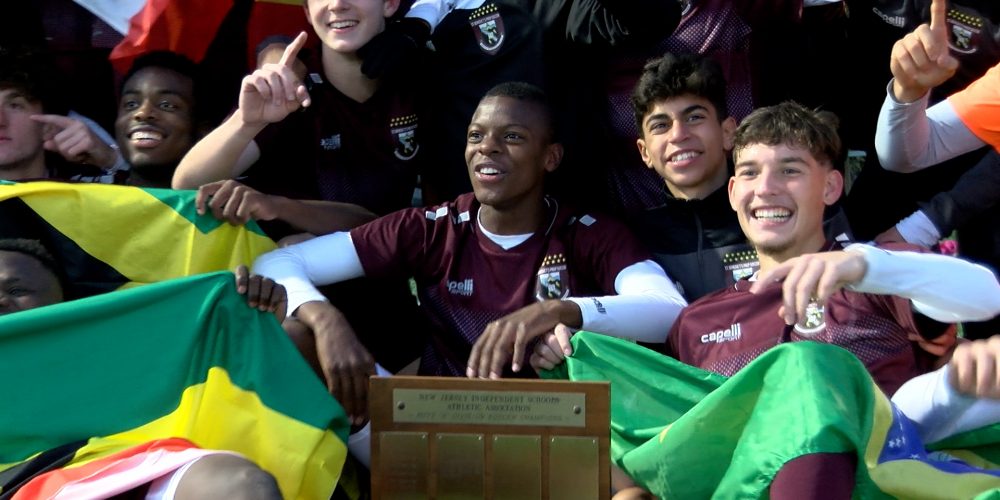 With the NJSIAA state playoff tournament on hiatus Wednesday, we turn our attention to the NJISAA Prep A championships. We pay visits to Newark and Princeton to find this year’s champions. Enjoy all the highlights!

On Wednesday, the Gray Bees again reinforced their position as one of the top overall teams in the country. St. Benedict’s Prep (13-0-0) defeated prep rival Pennington (14-2-2) to win its 26th overall Prep A championship in program history. Peter Yaro notched a first half goal and Belmar Joseph broke a 1-1 tie with his strike in the second half. Freshman sensation Bacary Tandjigora scored the lone goal for the Red Raiders in the match.

JSZ’s Jay Cook has the highlights and interviews from our OceanFirst Bank Game of the Week in Newark:

(1) Hun (12-4-2) defeated Mercer County foe (2) Pennington (15-3-2) 4-3 in overtime for the program’s first Prep A Title since 2014. Hun would take a 2-1 lead at halftime following scores from Olivia Spektor and Sophia Kearns. However, Pennington began the second half with back to back goals to lead 3-2 midway through. Shortly after Olivia D’Aulero scored for the Raiders to tie the game and eventually forced overtime. 17 seconds into O.T. junior Riley Hayes found net to deny Pennington a fourth straight Prep A Championship. JSZ’s Nery Rodriguez has the highlights from Princeton: