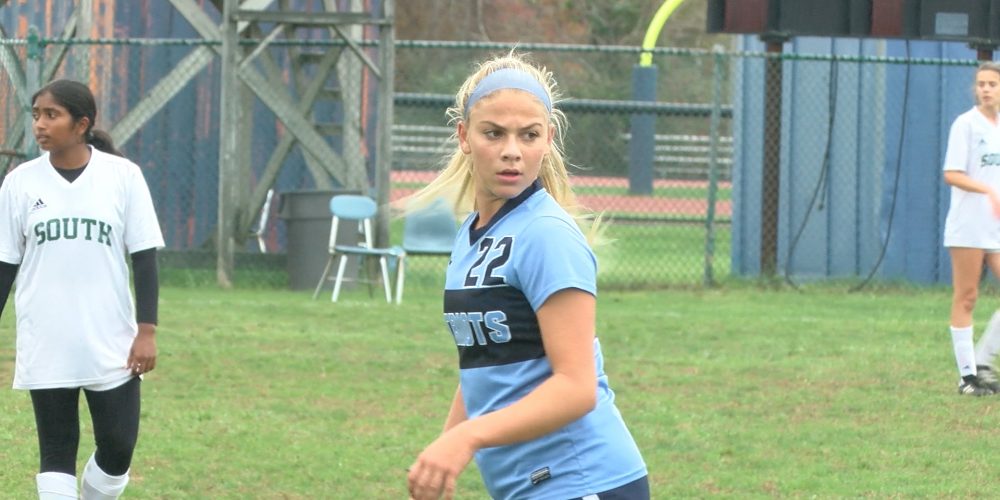 We’ve got two great games from the opening round of the state playoffs from our sponsors. Nery Rodriguez has the OceanFirst Bank Girls Soccer Game of the Week between Old Bridge and Middletown South and Rich Chrampanis brings you #1 ranked Freehold Township opening states against West Windsor-Plainsboro South

The OceanFirst Bank Game of the Week featured (7) Old Bridge (11-7-1) defeating (10) Middletown South (10-6-1) 1-0 to advance to the NJSIAA Tournament Central Jersey, Group 4 quarterfinals. After a scoreless first half, Old Bridge would go ahead 1-0 on a free-kick goal from senior captain Ava Morales for the game’s only score. Defense headlined the afternoon as sophomore goal keeper Isabella Ludovico ended the afternoon with 14 saves for OB. The Knights looking for their first piece of state championship hardware will take on (2) Rancocas Valley (17-4-1) in the next round. JSZ’s Nery Rodriguez has the highlights:

Cassidy Corcione had a hat trick including back-to-back goals in the span of 19 seconds and the Patriots did all its scoring in the first half on the way to a first-round state playoff victory. The top seed in Central Jersey Group 4 will face Jackson Memorial in the second round. JSZ’s Rich Chrampanis has the highlights from Freehold: