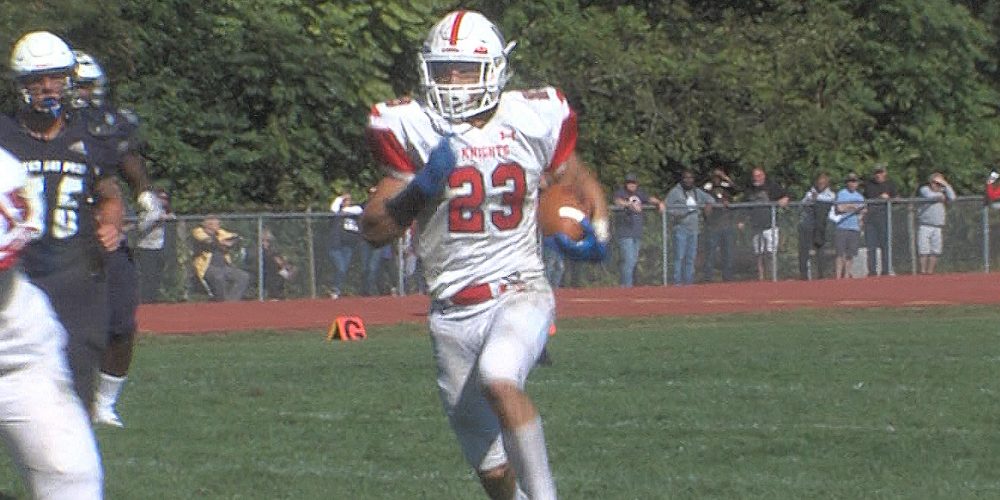 Wall’s Casey Larkin was one of the most versatile weapons in New Jersey. Now he’s bringing those skills to West Point. Watch the highlight reel of the JSZ All-Zoner!

Wall Township was one of New Jersey’s breakthrough teams in 2019 going 12-1 and finishing as the top ranked team in the Shore Conference. Casey Larkin was a big part of the Crimson Knights success and will remain a Knight in college. Larkin gave a verbal commitment to the Army Black Knights on Sunday evening:

Larkin had over 1200 yards rushing and receiving and had two interceptions on defense for a Wall team that went 12-1. Larkin suffered an ankle injury on Thanksgiving that prevented him from playing in the Group 3 bowl game against Woodrow Wilson, the lone loss of the year for Wall. Casey will be featured later this month in JSZ’s A to Z series. Watch his junior highlight reel now: