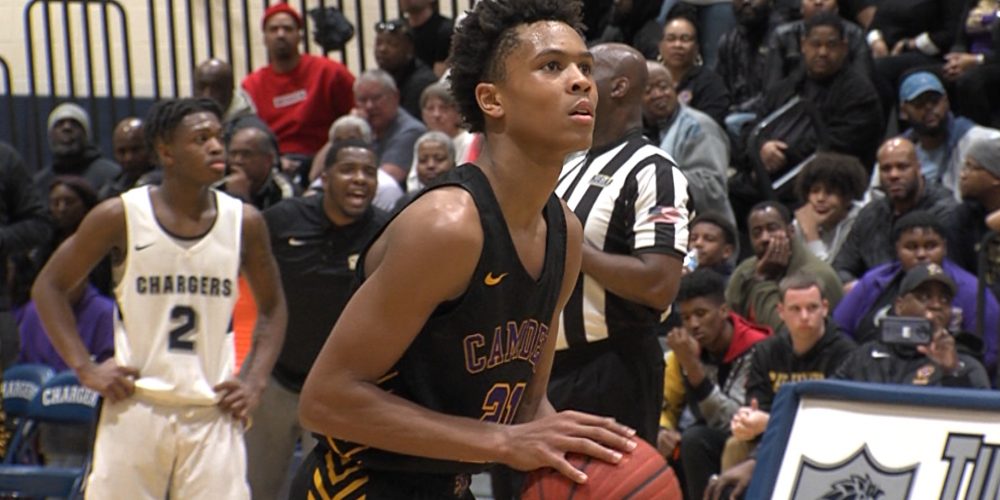 New Jersey basketball has been a staple on the national scene as dozens of high-profile recruits have hit the college and professional basketball leagues in recent years. It should come as no surprise that the next great crop of players is here to stay.

A staggering four freshmen from the Garden State’s Class of 2023 earned a Top 25 national ranking from ESPN – California is the only other state with as many players on the list. JSZ has the breakdown and highlight reel of each New Jersey player here!

There’s a reason why DJ Wagner is at the top of this list. The Camden frosh came right in and was an immediate starter on the top team in New Jersey this past season. Wagner delivered 18.6 points per game as the top scorer on a 29-1 Panthers squad and scored in every way imaginable. The 6-3 point guard will be must-see TV over the next three seasons.

It took a little adjusting, but Simeon Wilcher earned himself a spot in Roselle Catholic’s starting five early on in his freshman season. The 6-3 wing player displayed a lethal three-point shot and his speed was problematic for defenders in the paint. Wilcher is sure to be a centerpiece for Dave Boff’s team throughout his high school career.

Akil Watson is quickly making himself a household name in the Garden State hoops scene. Players like Ron Harper, Jr. and Myles Ruth have all come from the Ironman program, and Watson looks to put himself among those players. He’s a 6-7 power forward who is a smooth finisher with flashy handles.

Gill St. Bernard’s head coach Mergin Sina has quickly established his team among the most talented in the state thanks to elite players. Mackenzie Mgbako has the size (6-7, 195 pounds) and agility to become one of the top players in New Jersey. He employs dead-on accuracy with his jumper and is the toughest finisher at the rim of this group.

Stay tuned with Jersey Sports Zone as our team will keep you updated on the latest recruiting news and player updates from the top athletes in the Garden State.