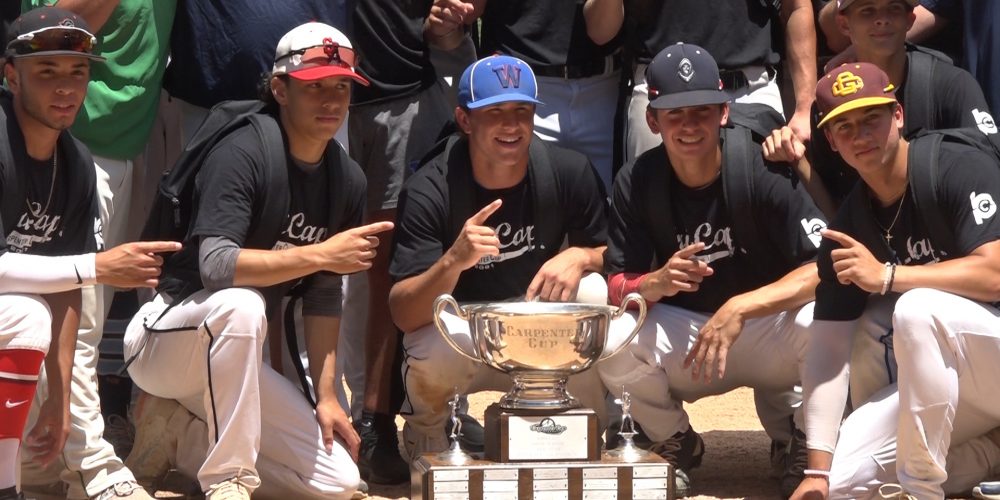 Tri-Cape knocks off Mercer County in an all-New Jersey Carpenter Cup final in our OceanFirst Bank Game of the Week!

The best of New Jersey baseball was on full display in the finals of the 2021 Phillies Carpenter Cup. Tri-Cape (players from the Tri-County Conference and Cape-Atlantic League) made it a day to remember, defeating Mercer County to win its first Carpenter Cup championship in tournament history. Highland’s Adam Aquilino capped off a four-run, two-out rally in the third inning with a two-RBI single. Hammonton’s Jared Beebe, Holy Spirit’s Trevor Cohen, and Ocean City’s Gannon Brady each knocked in a run in the win. Hun’s Ben Petrone hit a solo home run in the loss for Mercer County. Woodstown’s Chase Swain was named the tournament’s most valuable player.

The JSZ high school baseball Game of the Week is made possible by OceanFirst Bank!