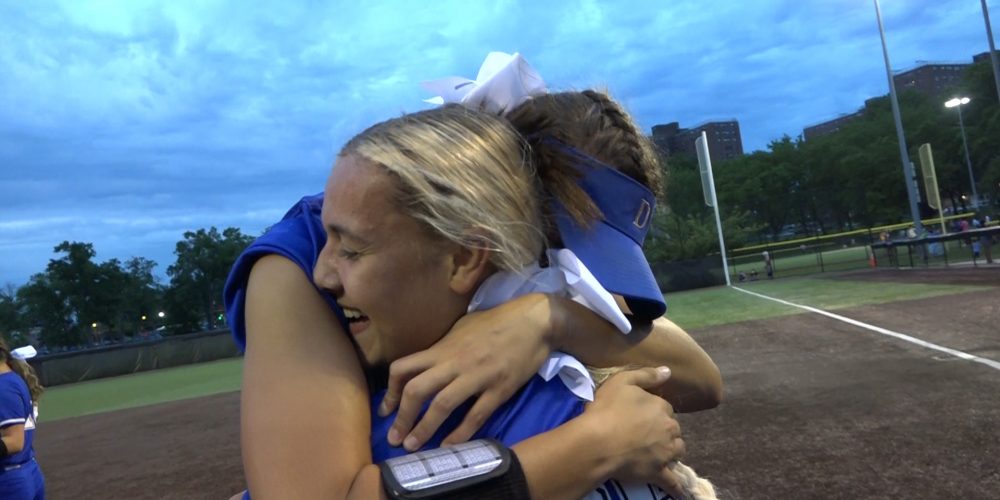 The 2021 softball season was much anticipated after no play last year and teams gave fans much to cheer about as JSZ captured the best walk-offs, strike outs, comebacks and much more from around the diamond in New Jersey. Capping off our summer recap series, here is the Top 10 softball games of the year.

A marathon between Mahwah and Verona to reach the NJSIAA Group 2 Softball Final ended after twelve innings when a close play at the plate led the Hillbillies to victory on 6/15. Jay Cook has all the action:

In her first Varsity season, Livingston freshman Sophia Mount pitched a 15 strike out, two hit gem to advance the Lancers to the Group 4 Final on 6/15. Nery Rodriguez was on the call:

Clayton had a memorable 2021, the Lady Clippers went 28-2 for their best season in school history and Meadow Lake’s one hitter, 10 strike outs led Clayton to the Group 1 State Championship, the program’s first on 6/17. JSZ’s Jay Cook has the highlights:

Morris Catholic’s 35 year wait for a State Title ended on 6/18 when the Crusaders defeated Lodi Immaculate 11-1 for the Non-Public B Championship. Jay Cook recaps the evening:

No strangers to Championship hardware, it was an unexpected season for an underclassmen heavy Robbinsville team as they entered the Tournament of Champions for the first time since 2018, following their Group 2 Final win on 6/17. JSZ’s Nery Rodriguez has the call:

No. 4: Livingston walks off with Group 4 Title in 8

Livingston fought for their right to celebrate the program’s first ever State Championship with an eight inning 3-2 Group 4 Title win over Hillsborough on 6/19. JSZ’s Rich Chrampanis was there for all the action:

No. 3: Donovan Catholic leaves no doubt as NJ’s best team in TOC Final

There was not much debate as to who was the best team to end the 2021 season. Donovan Catholic went 29-1 with their best performance coming in the Tournament of Champion Final on 6/20. The Griffins bested Livingston 18-5 with 17 runs coming in the third inning. Rich Chrampanis has the call:

Ava Metzger left no doubt as the Garden State’s premiere pitcher. The Colts Neck senior and Gatorade’s Player of the Year struck out 320 batters in 2021 with eight coming in the Cougar’s 2-0 win over Cranford in the Group 3 State Final for their first ever title on 6/18. JSZ’s Rich Chrampanis was there:

Hope seemed lost for Donovan Catholic as the Griffins were down to their last out, trailing by three in the bottom of the seventh of the Non-Public A Final. Adrian Romano having already hit one home run, belted a second with two base runners on to tie the game as Donovan Catholic would go on to win 8-7 in 10 innings. Romano went 3-4 for six RBI’s and also racked up eight strike outs while allowing just one earned run in relief.

JSZ’s Nery Rodriguez has the highlights and postgame reaction from Seton Hall University: