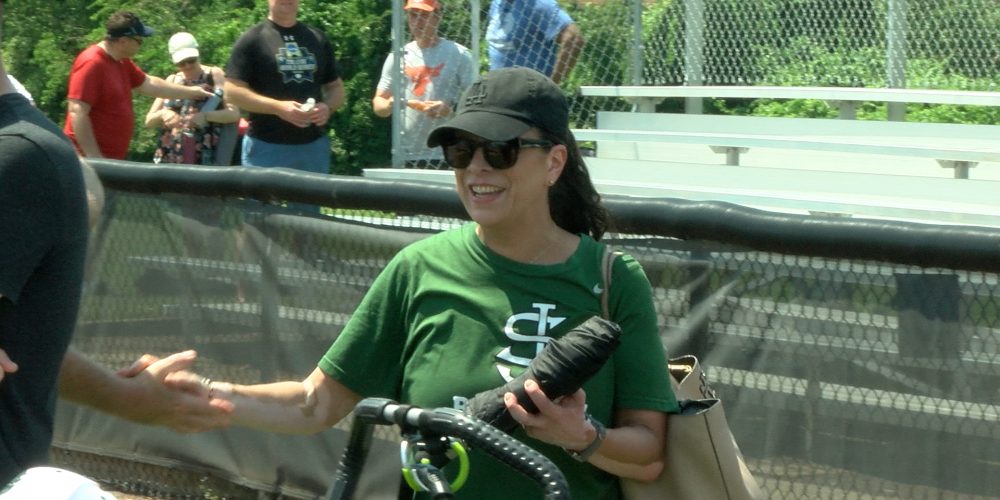 When St. Joe’s won the GMC title on Sunday in East Brunswick, the Falcons were doing it for more than themselves. Watch JSZ’s story on Judge Esther Salas and Mark Anderl’s return to the diamond to honor their son

Dan Anderl was a 2018 graduate of St. Joseph-Metuchen and a student at Catholic University when he was shot and killed at his family home in July, 2020. The son of a federal judge, Dan and his father were shot by a 72-year old lawyer who was targeting female judges. Mark Anderl endured 13 surgeries following his wounds. Dan did not survive.

Esther Salas and Mark Anderl were on hand at East Brunswick Tech to watch the Falcons win the 2021 GMC championship in a 2-0 win over South Brunswick. Their son was a varsity baseball player for two seasons and his effect on the team still resonates today.

Following the victory, the championship ball was given to Dan’s parents. Anderl’s #11 jersey has been in the St. Joe’s dugout since the tragedy from the Last Dance World Series last summer to the return of high school baseball in the spring of 2021. During the beginning of the GMC Tournament, the school retired the jersey. JSZ’s Rich Chrampanis tells the story of how a player impacted the community well beyond the diamond

Click HERE to watch highlights of St. Joe-Metuchen’s 2-0 win over South Brunswick in the GMC Championship