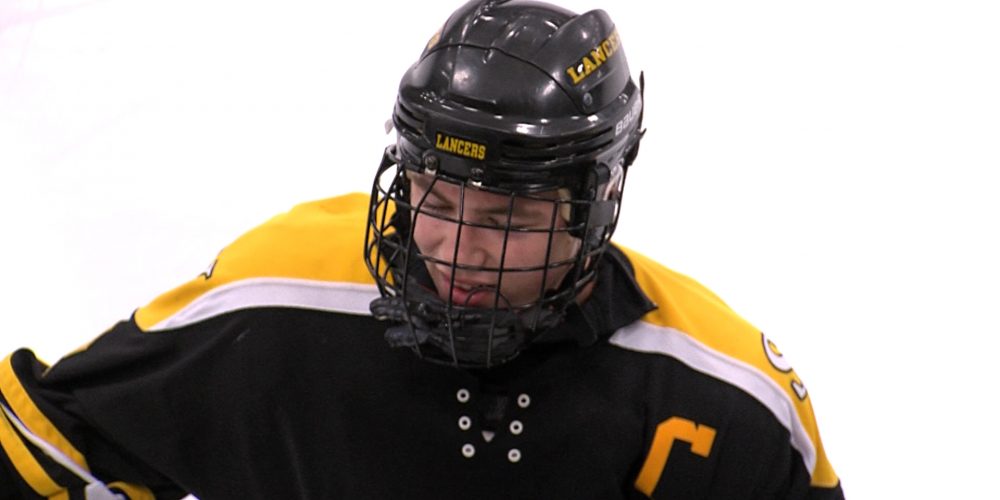 Matt Kidney had the game tying goal as the Lancers come back from a 3-1 deficit to score a 4-3 win at Red Bank Catholic on the ice.  See all the highlights and post-game reaction

RED BANK – Sophomore James O’Keefe scored the game winner with 3:47 to go in the third period to cap off three straight Lancer goals as Saint John Vianney scored a 4-3 win at the Red Bank Armory over Red Bank Catholic.  Mike Gelatt had a goal and two assists for SJV, who found themselves behind 3-1 after second period goals by Alec Mintz and Matt Chinnici.  But the Lancers got a power play goal from Joe Murray late in the second to make it 3-2 at intermission.  Matt Kidney got the equalizer and O’Keefe followed with his game winner from close range.   Saint John Vianney goalie Jimmy Ellis made a pair of outstanding glove saves in the final three minutes to seal the victory.